Dezeen announced the winners of the architecture categories in this year's Dezeen Awards, which celebrates the best architecture, interiors and design around the globe. 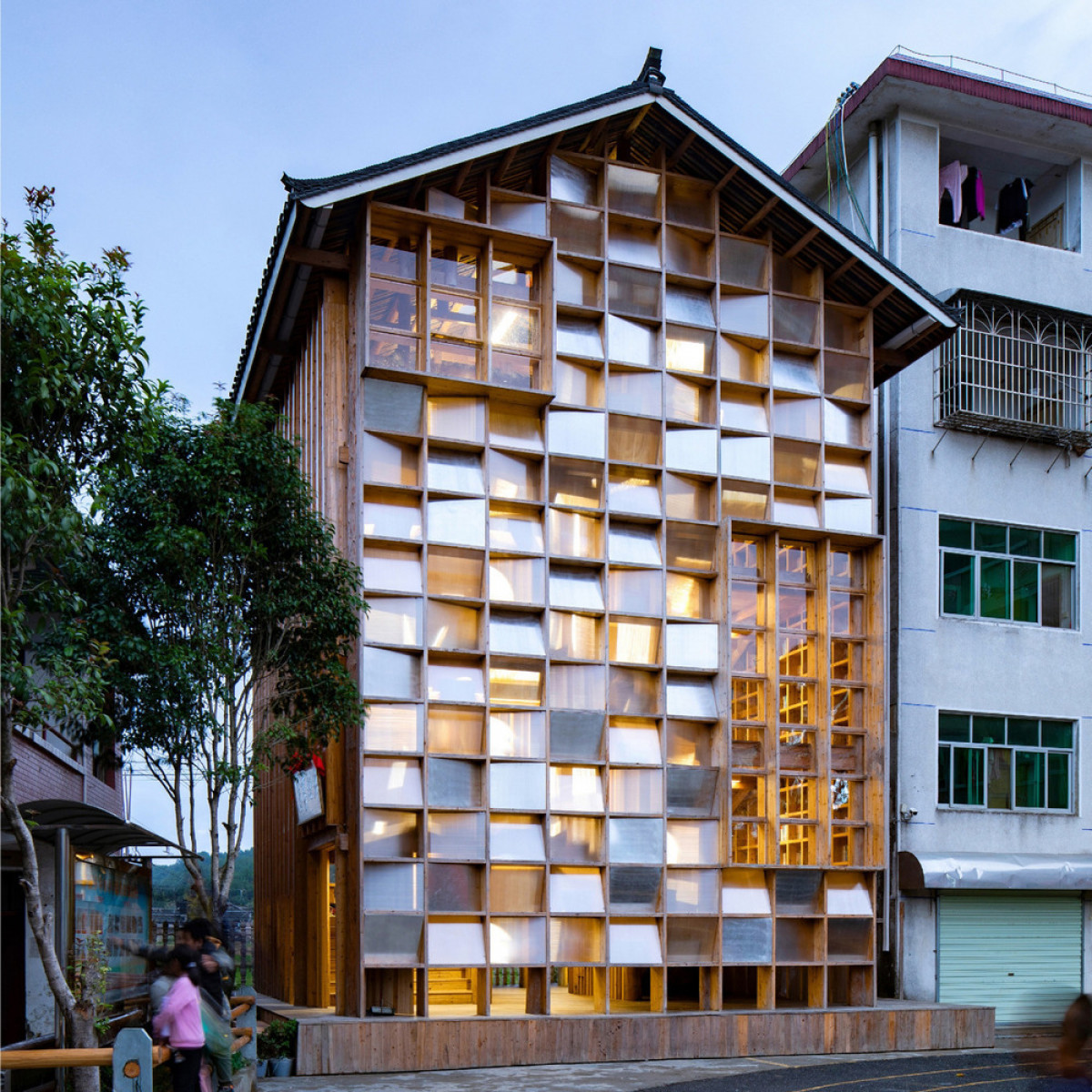 Dezeen announced the winners of the architecture categories in this year's Dezeen Awards, which celebrates the best architecture, interiors and design around the globe.

The 11 architecture winners include the Drawing Gallery in Le Puy-Sainte-Reparade, France, designed by the late Richard Rogers at RSHP, which wins Small building of the year. Judges called it "magical in its simplicity of thought and the complexity of its execution."

Argo Contemporary Art Museum and Cultural Centre in Tehran, Iran, by Ahmadreza Schricker Architecture North wins Cultural building of the year for its transformation of a 1920s brewery in downtown Tehran into a contemporary art museum. "It is a bold adaptive reuse of a historic structure in the centre of Tehran and proposes a purposeful future use, which is inclusive, which respects the past while being forward-looking," the judges said.

Pingtan Book House by Condition_Lab in China's Hunan province, which features a double-helix staircase designed to provide space for children to read and play, was awarded highly commended in the Cultural building of the year category.

Little Island by Heatherwick Studio, Arup and MNLA, a 2.4-acre public park and outdoor performance space standing on 132 concrete columns on Manhattan's southwest riverside, wins Landscape project of the year. The judges described it as "a striking and imaginative addition to New York, which adds to the social value of the city by creating a new gathering space for families to enjoy."

Scott Whitby Studio wins Rebirth project of the year for its renovation of the 1930s Jubilee Pool in Penzance, Cornwall, one of only five remaining seawater lidos in the UK. "This project represents a holistic idea of rebirth and sustainability," said the jury. "It sensitively reflects the guardianship of the community of this civic asset and the desire to preserve and elevate its use so that it continues to be used and well-loved for future generations."

Studio Bua wins the Residential rebirth project of the year for its renewal of a run-down concrete barn overlooking the Breiðafjörður Nature Reserve in western Iceland. "The engineering feat to enable this project is quite remarkable but the finished building is subtle and appropriate for its context," the judges said.

Studio Bright's 8 Yard House in Melbourne wins Urban house of the year. "It is a beautiful and striking home but what particularly stood out is the way it sits in its existing context in Melbourne," said the judges. 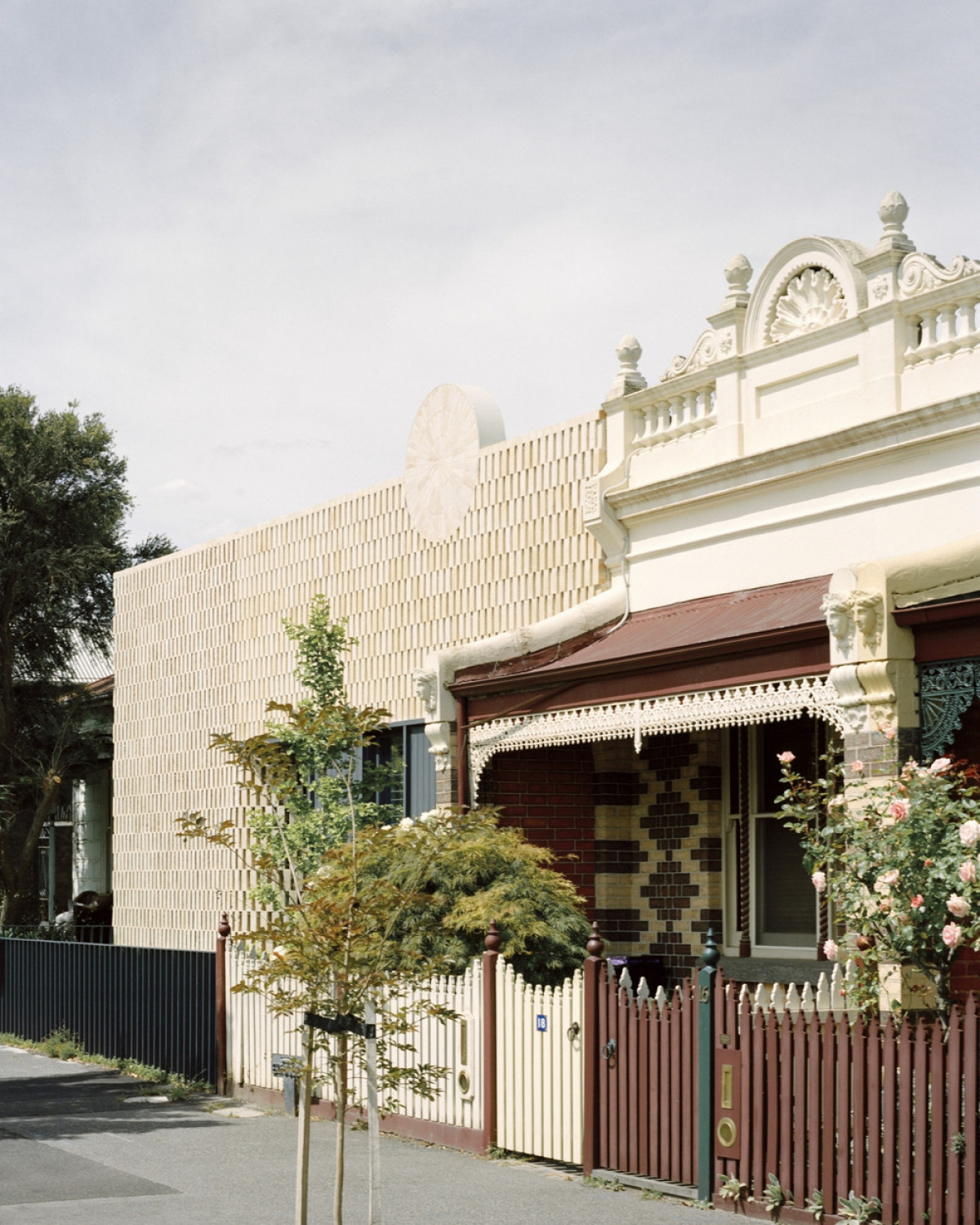 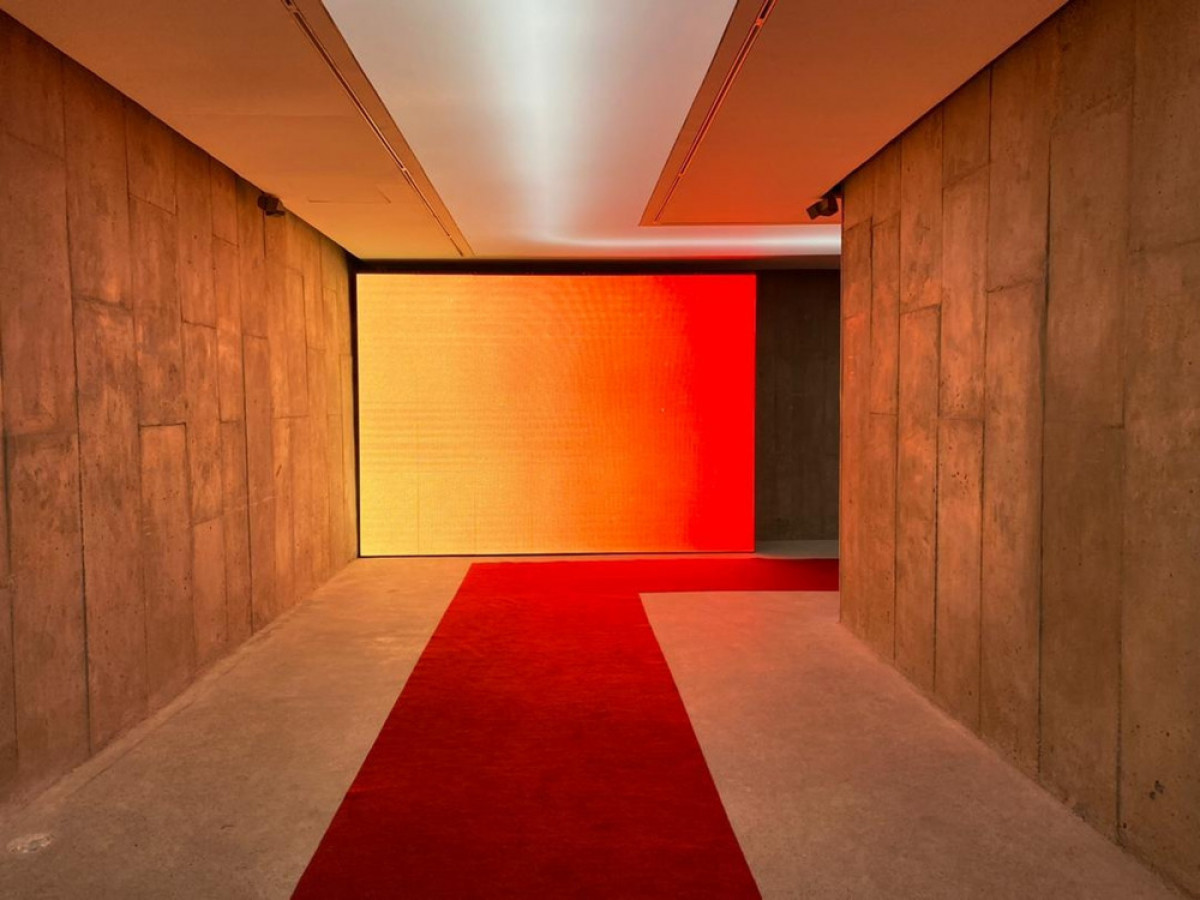 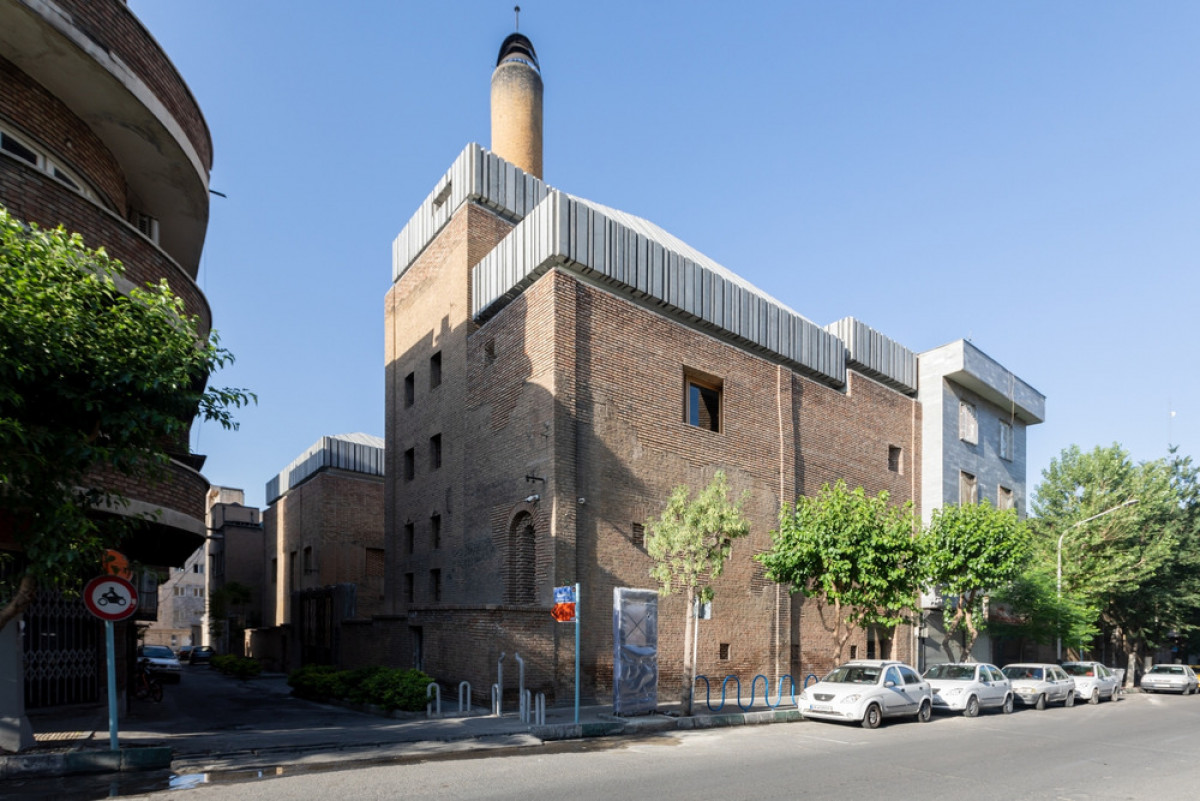 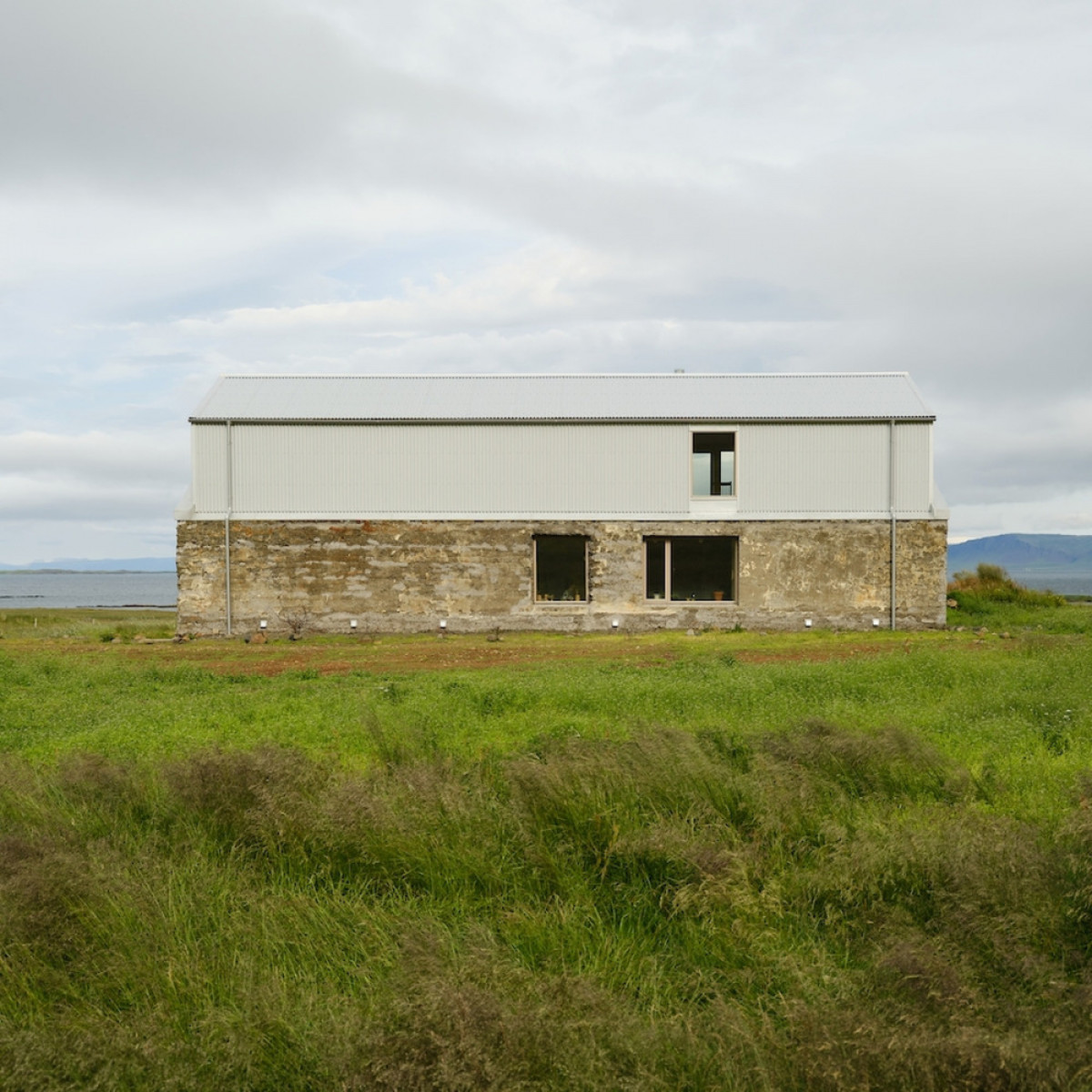 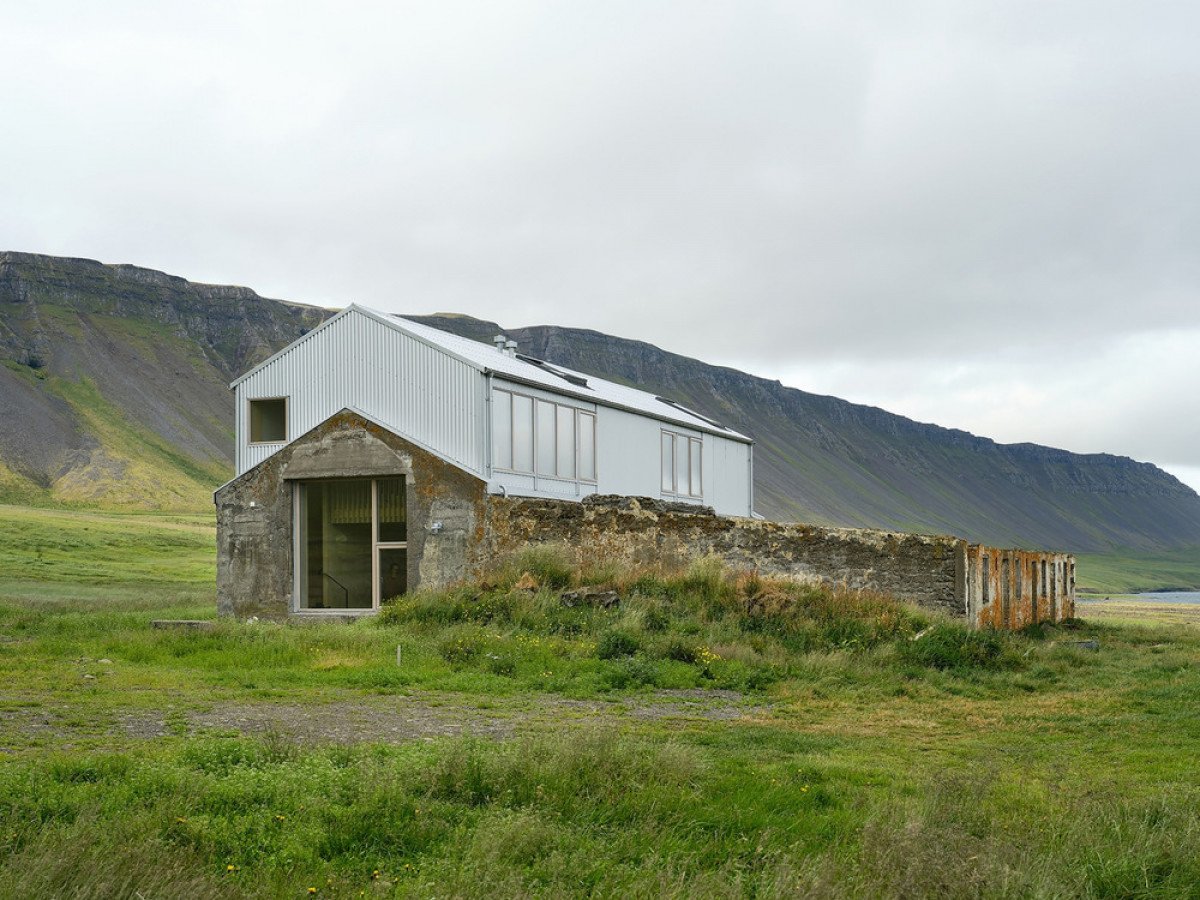 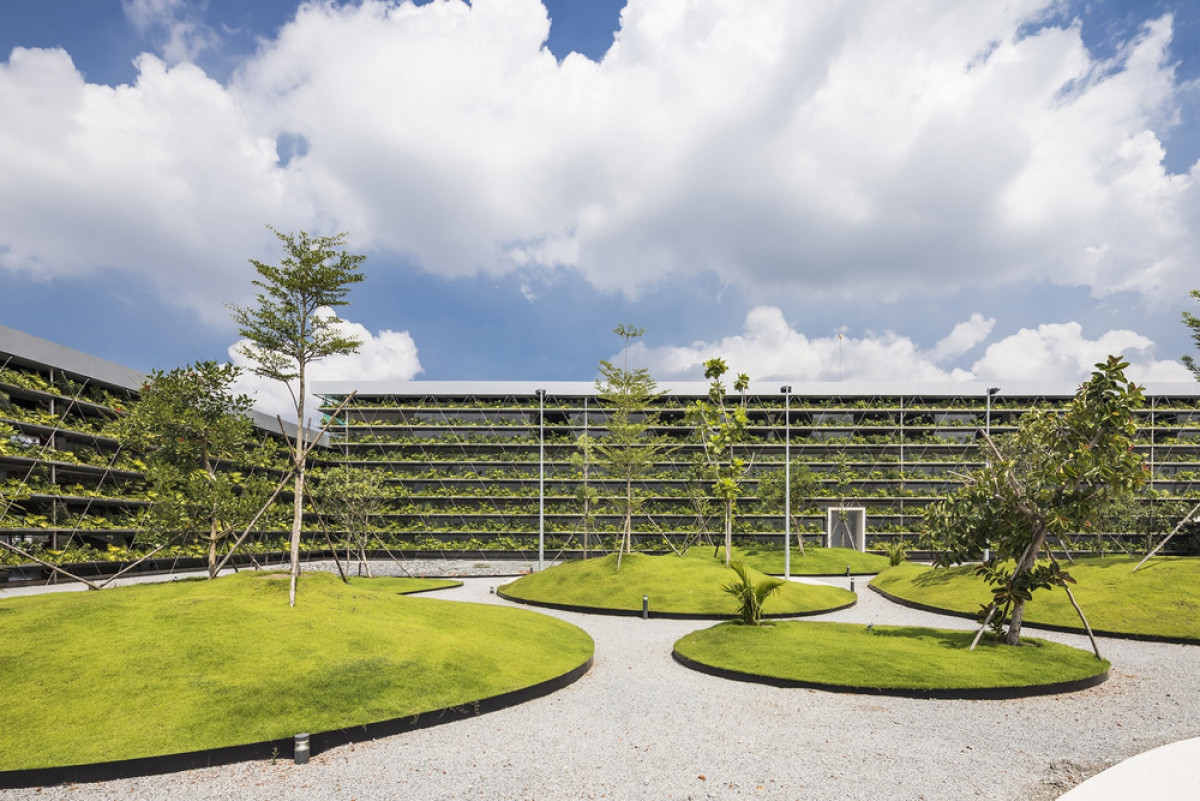 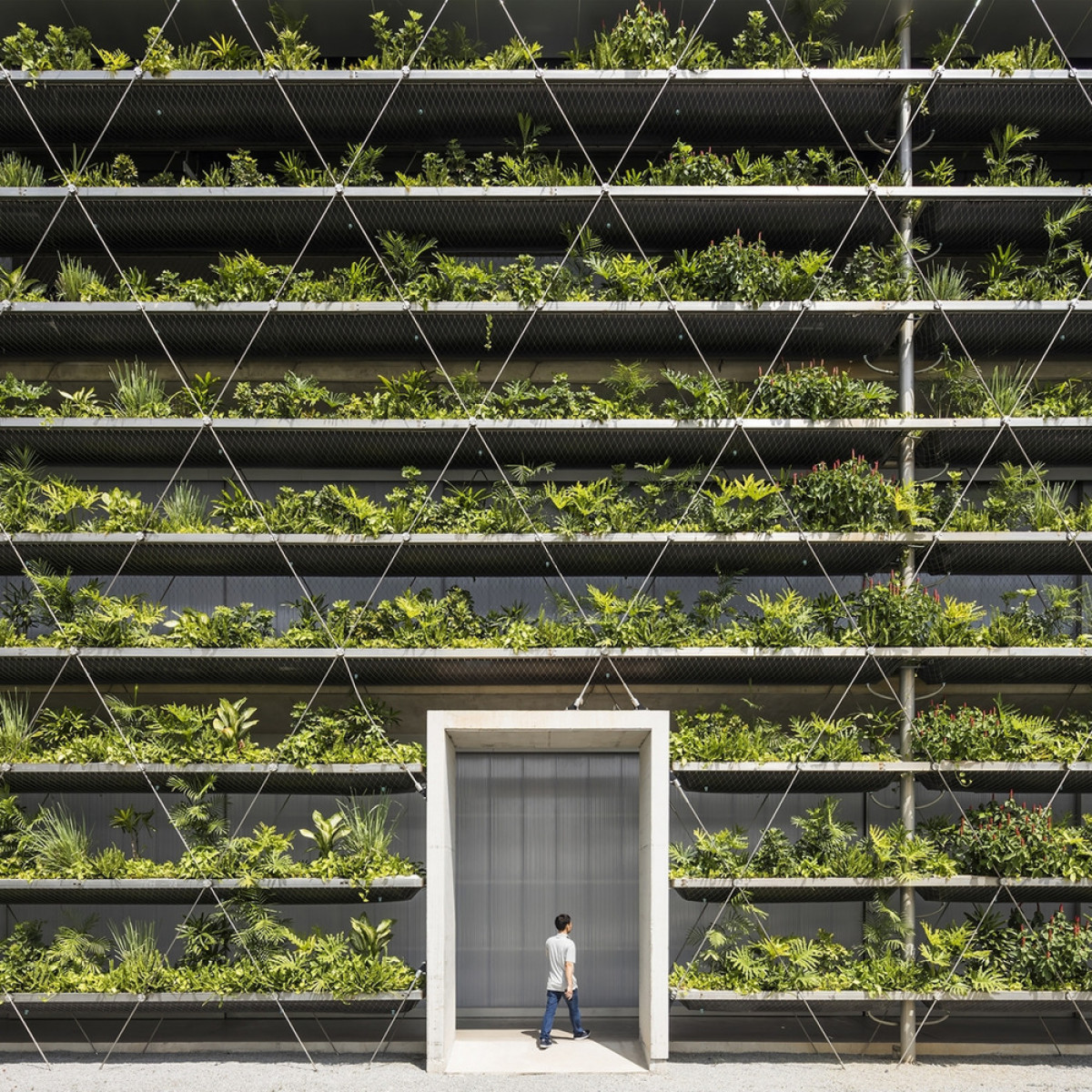 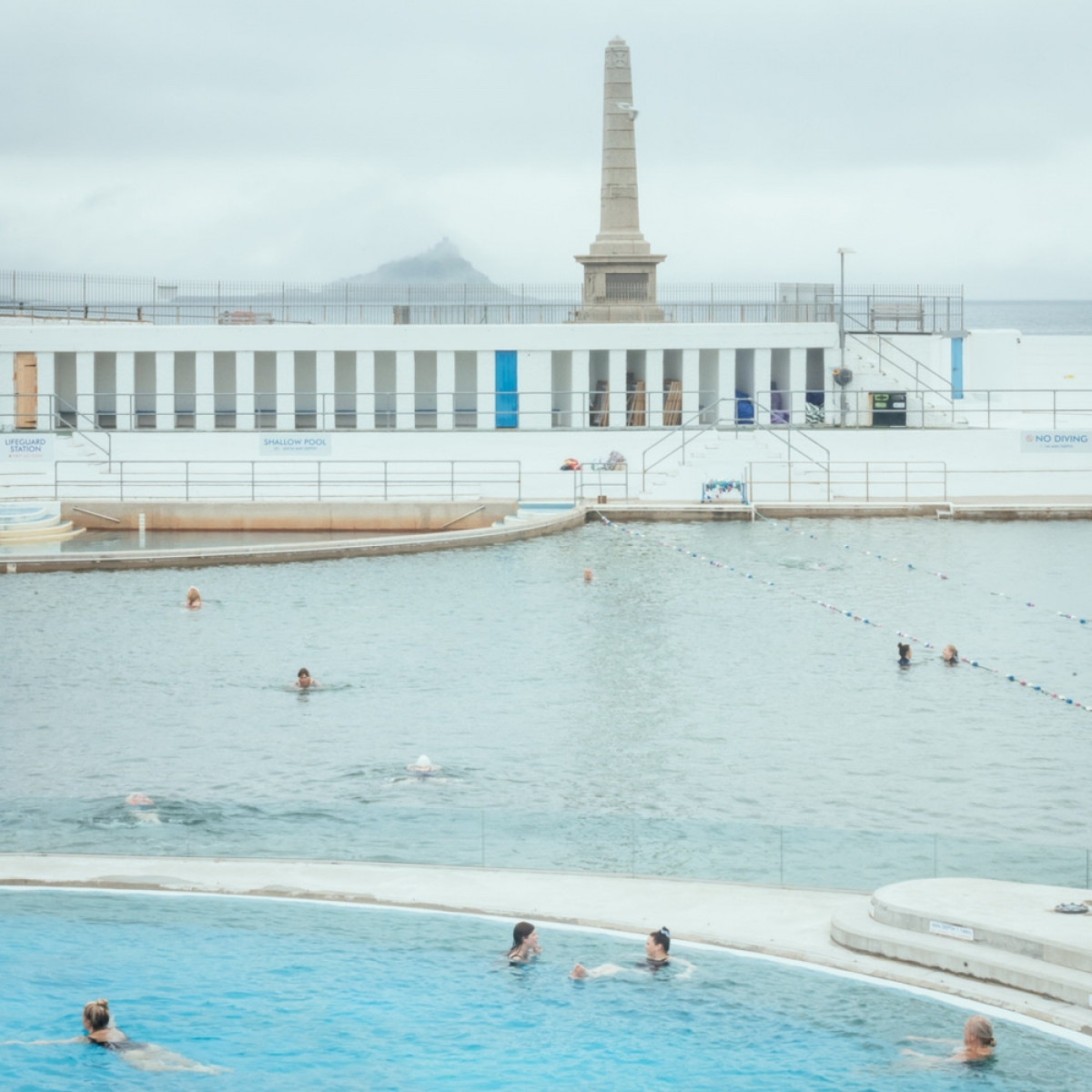 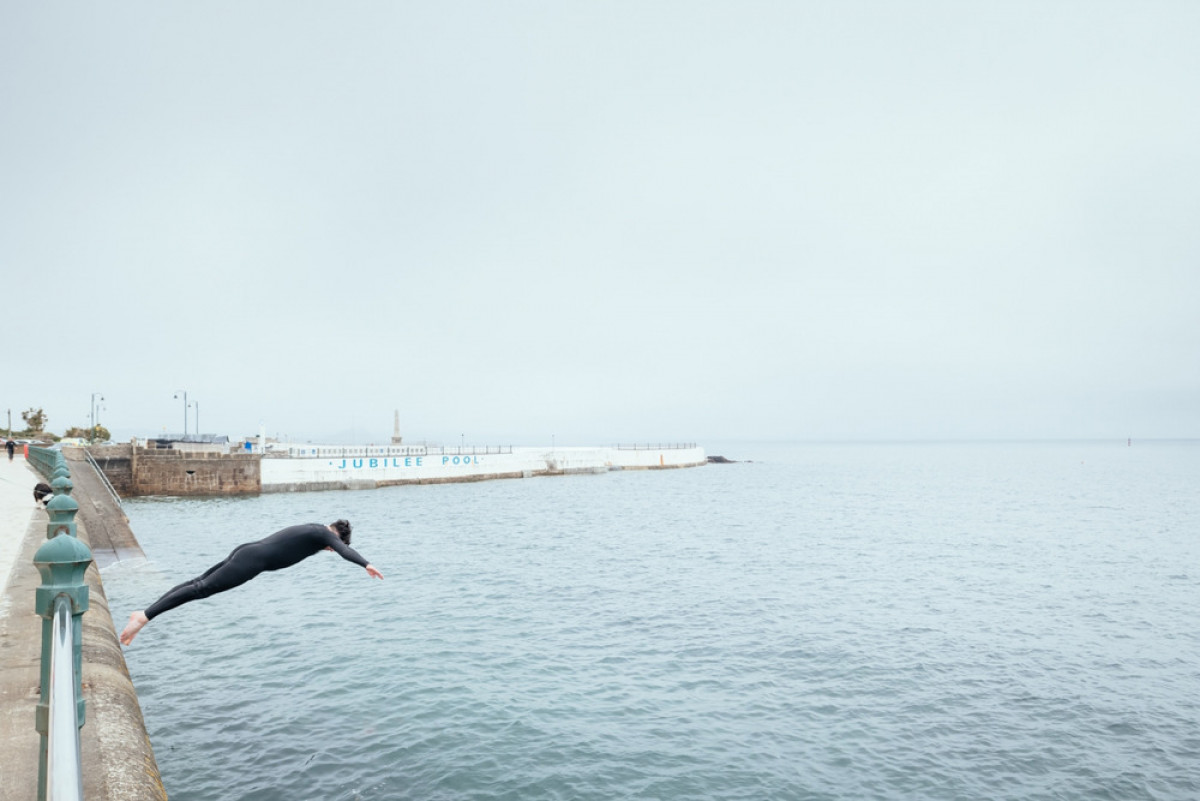 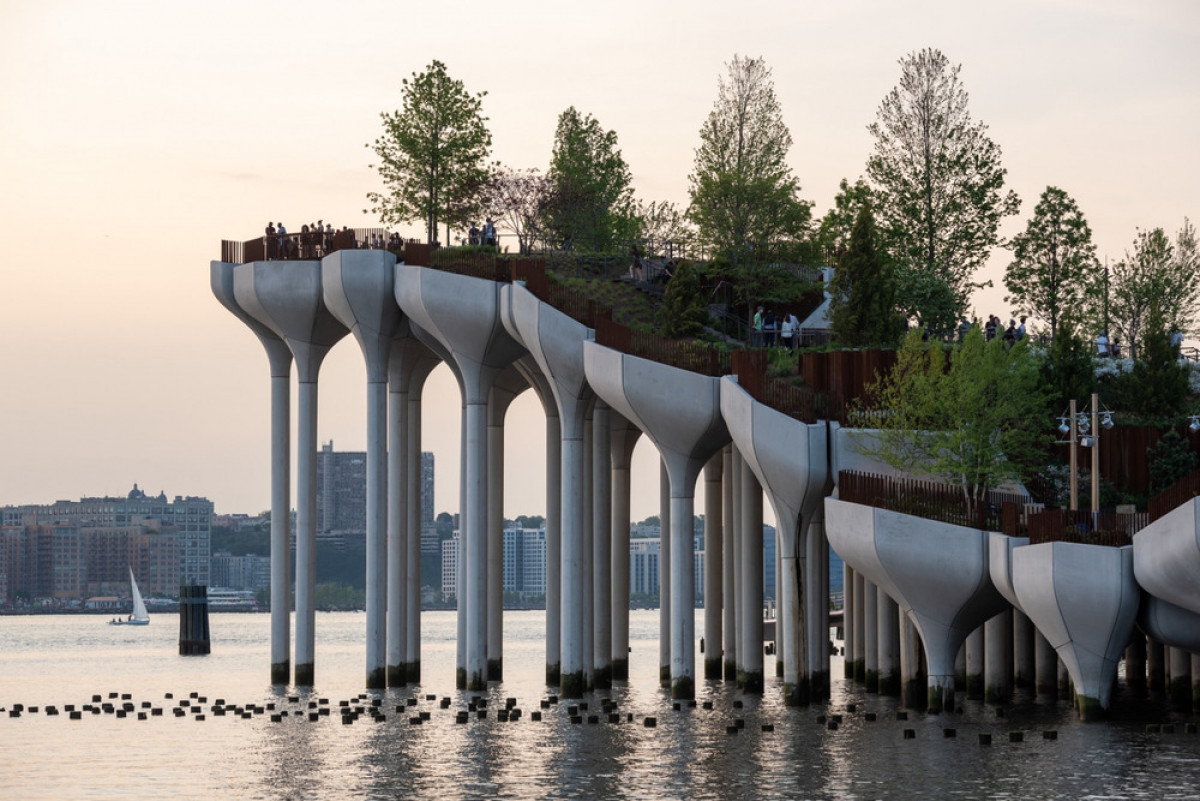 Marfa Ranch in the Chihuahuan Desert, USA, by Lake Flato Architects wins Rural house of the year. "This house is such a respectful addition to the landscape," said the judges. "It's simple, considered and very well-executed in terms of the materials, with the use of rammed earth a particular highlight that roots the house in its landscape. At the end of its life, much of this house will disappear – dust to dust."

Olaf Gipser Architects, working with the BSH20A housing cooperative, wins Housing project of the year for its 47-metre-high residential complex in the Netherlands, mostly built from cross-laminated timber that addresses the challenge of communal, high-density, sustainable and healthy urban living. "The project achieves these aims admirably," said the judges. "These are principles that are desperately needed to address sustainable urban development in the future."

Yong'an Village Community Hub in Yunlong County, China, by Tongji University and Archi-Union Architects wins Civic building of the year. The rammed-earth building forms part of an ongoing social welfare programme. "This is a generous piece of civic architecture that celebrates and elevates both people and place. It is a fantastic example of how to use traditional materials in a modern way," commended the judges.

Jakob Factory Saigon by G8A Architects and Rollimarchini Architekten wins Business building of the year for its factory designed for a specialist stainless-steel-rope producer in Vietnam. The building is wrapped in a suspended structure of geotextile planters, which act as a second skin by filtering the rain and sun. "It's rare to see a factory building created with such care," said the judges. "This feels like a space that is designed to support the well-being of the workers by bringing nature to the factory floor. This is all too rare and should be celebrated."

Valle San Nicolás Clubhouse by Sordo Madaleno Arquitectos is a cross-laminated timber and volcanic stone-clad building situated on the outskirts of Valle de Bravo in Mexico that wins the Hospitality building of the year. "This project has a beautiful play of architecture and line of sight and is very well balanced within the landscape," said the architecture master jury.

The winning projects have been selected from more than 5,400 entries from more than 90 countries. In total, 57 projects were shortlisted in the 11 architecture categories.

The winners of the interiors categories were announced on 15 November.

All category winners will now compete against each other to win the overall accolade for best building, best interior and best design, which will be revealed at a live awards event on 29 November in London.

Head of Dezeen Awards, Claire Barrett, commented: "It has been a record-breaking year for Dezeen Awards with our highest number of entries ever. These winners give a snapshot of the truly boundary-pushing work being created by architects around the world. We look forward to announcing which one of them will win the ultimate accolade of architecture project of the year on 29 November at our live event".