Norman Mooney’s two sculptures, Butterfly Effect and Windseeds, made their debut in China at Guangdong Nanhai Art Field, on view from Nov 18th, 2022 to Feb 19th, 2023. 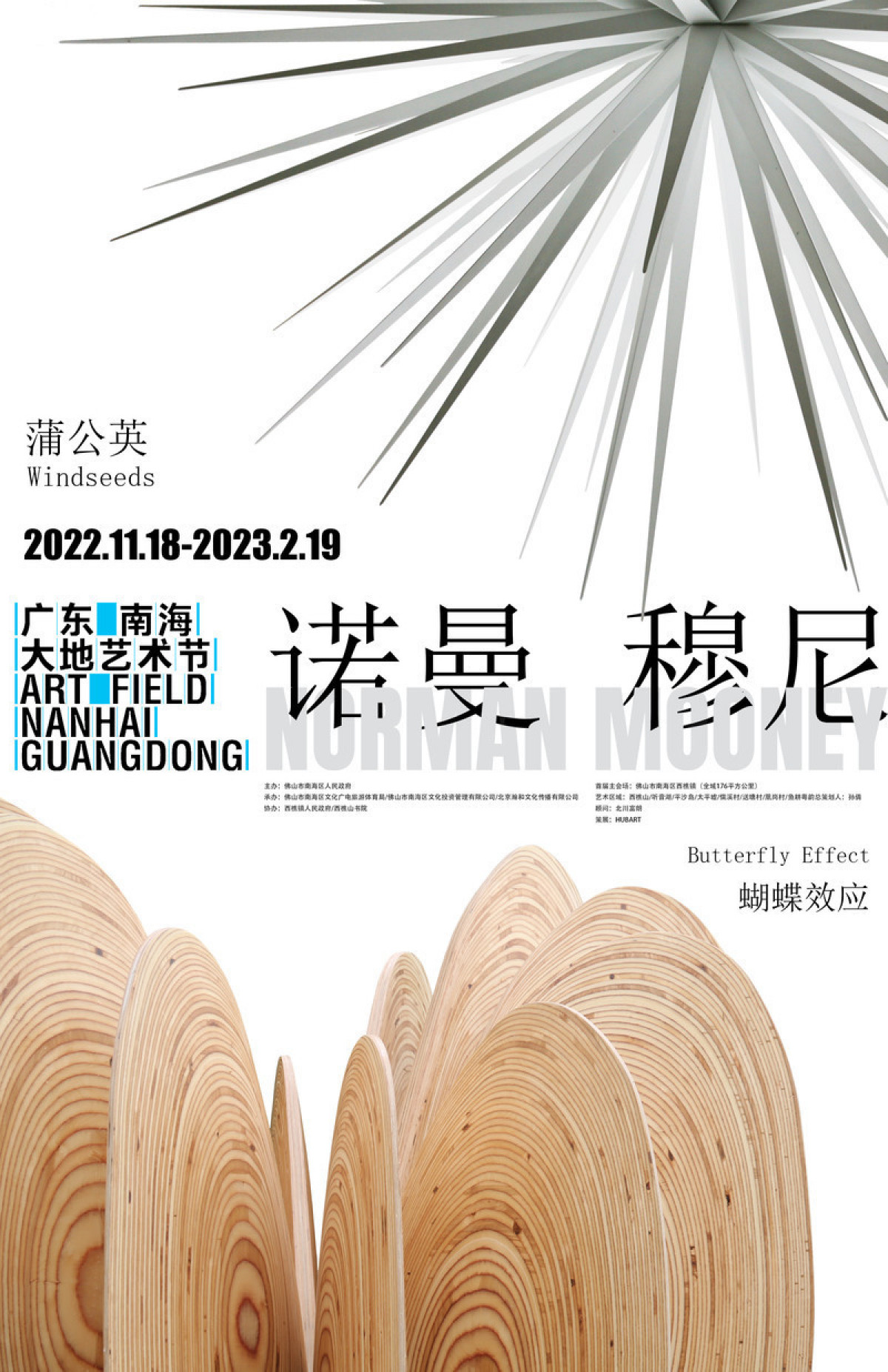 Norman Mooney’s two sculptures, Butterfly Effect and Windseeds, made their debut in China at Guangdong Nanhai Art Field, on view from Nov. 18th, 2022 to Feb. 19th, 2023.

Akin to Mooney’s iconic starburst structure, Butterfly Effect presents itself as a mathematically coherent object with a cylinder body and 12 jointed wing petals as hub-and-spokes, all of which take functional shapes and positions as counterweights to one another. Carved from laminated apple plywood, the sculptural mass spells out hidden geometric parallels and mimesis registered among natural and manmade objects.

Installed in the botanic yard, the sculpture condenses the elegance of floaty essence into a symbolic mass.  It also evokes and externalizes the natural rhythms of things around us through its reference to Lorenzo attractor, a physics concept which demonstrates how a simple system of convective flow is defined by a set of differential equations.

Mooney’s other work, Windseeds No. 3, rises above the water of Tingyin Lake like a starburst geometry at 12ft in diameter. Emanating as a firework of angular spikes jutting out from a convex polyhedron, Windseeds responds to its environment by casting soft shadows on the water. It speaks strongly of Mooney’s central idea that his sculptures focus on “subliminal beauty that is found in the simplest of natural structures."

The two sculptures bring audiences into a constructive dialogue between materiality and space, nature and artificiality, math and arts, and orchestrate a concerto of materiality (wood and stainless steel) and naturality within Nanhai, Foshan. Butterfly Effects and Windseeds will continue to be on display in Nanhai after the festival. 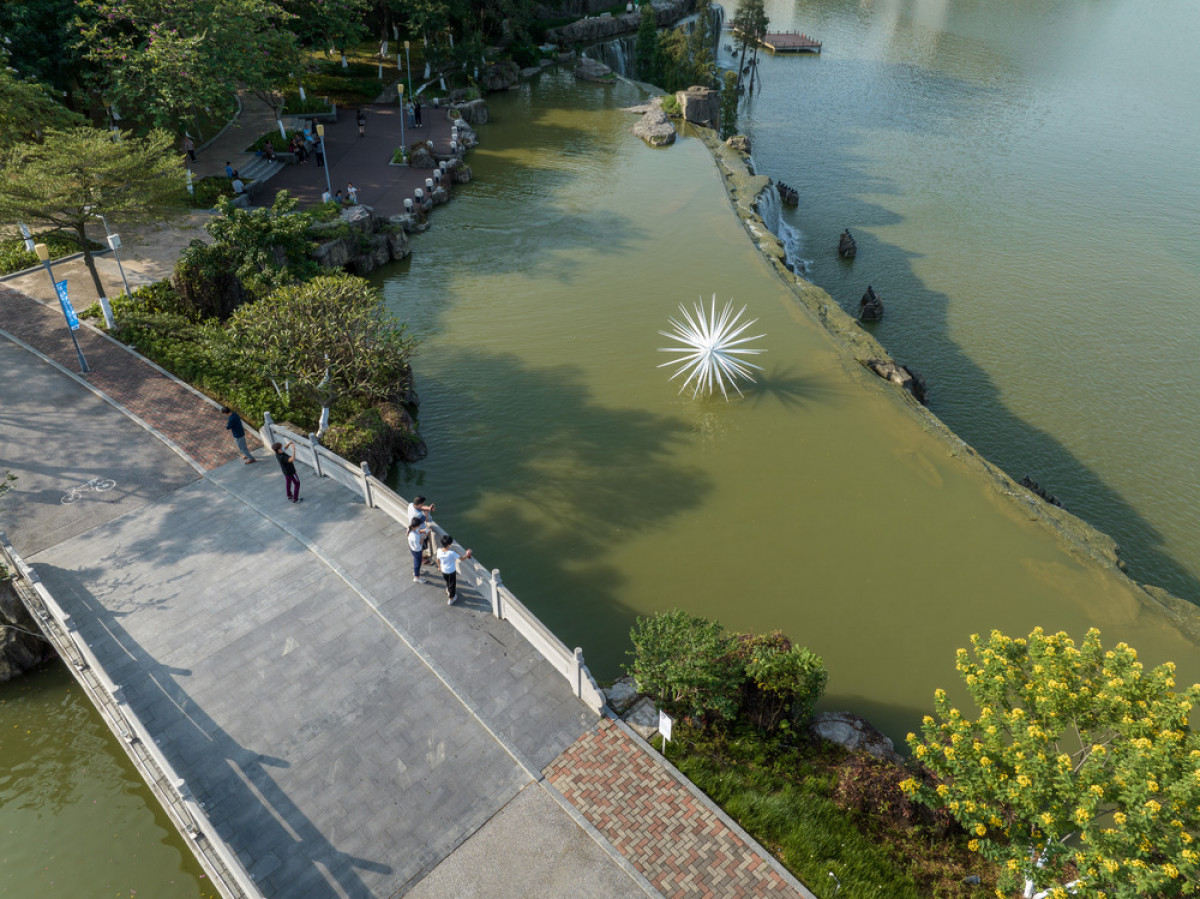 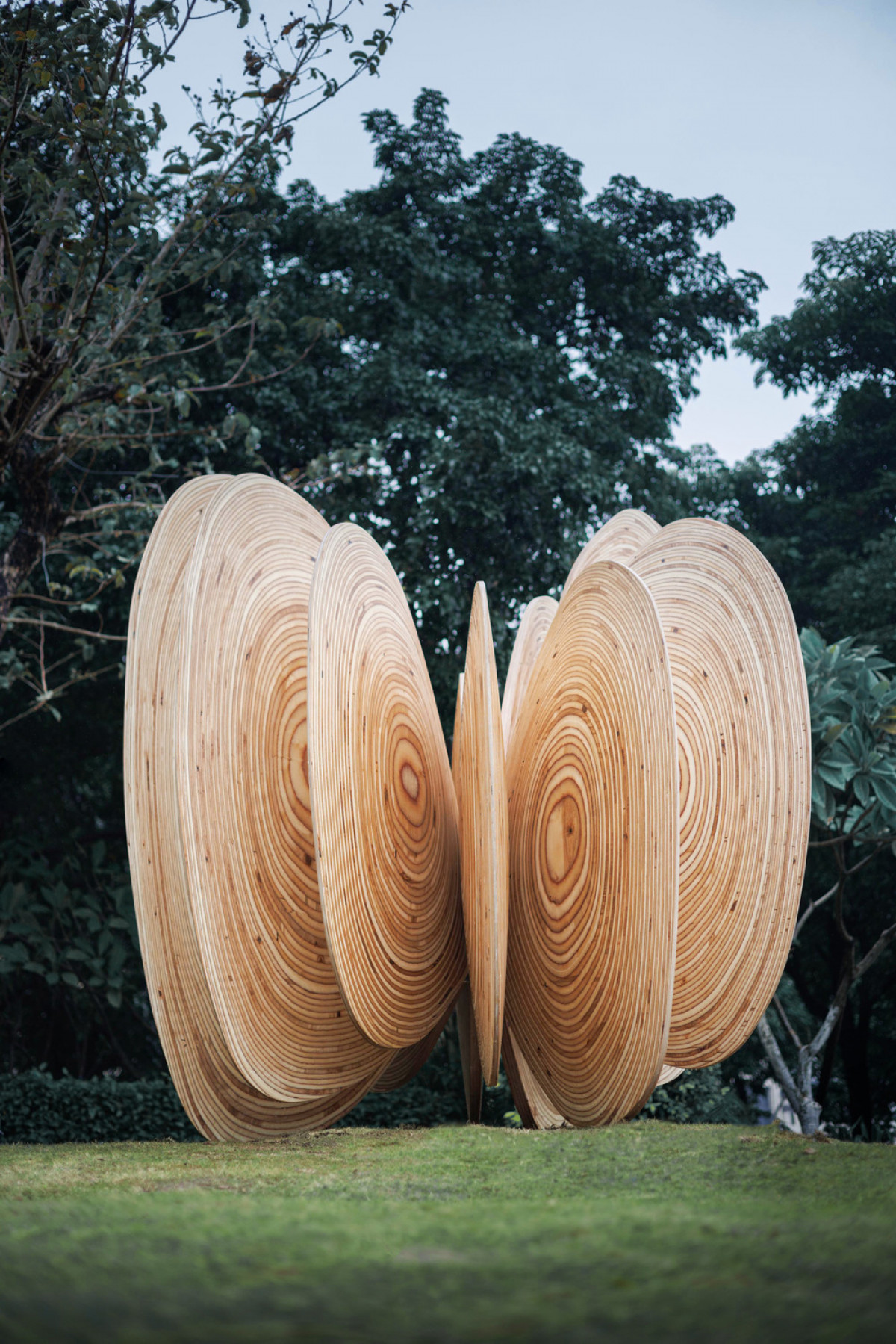 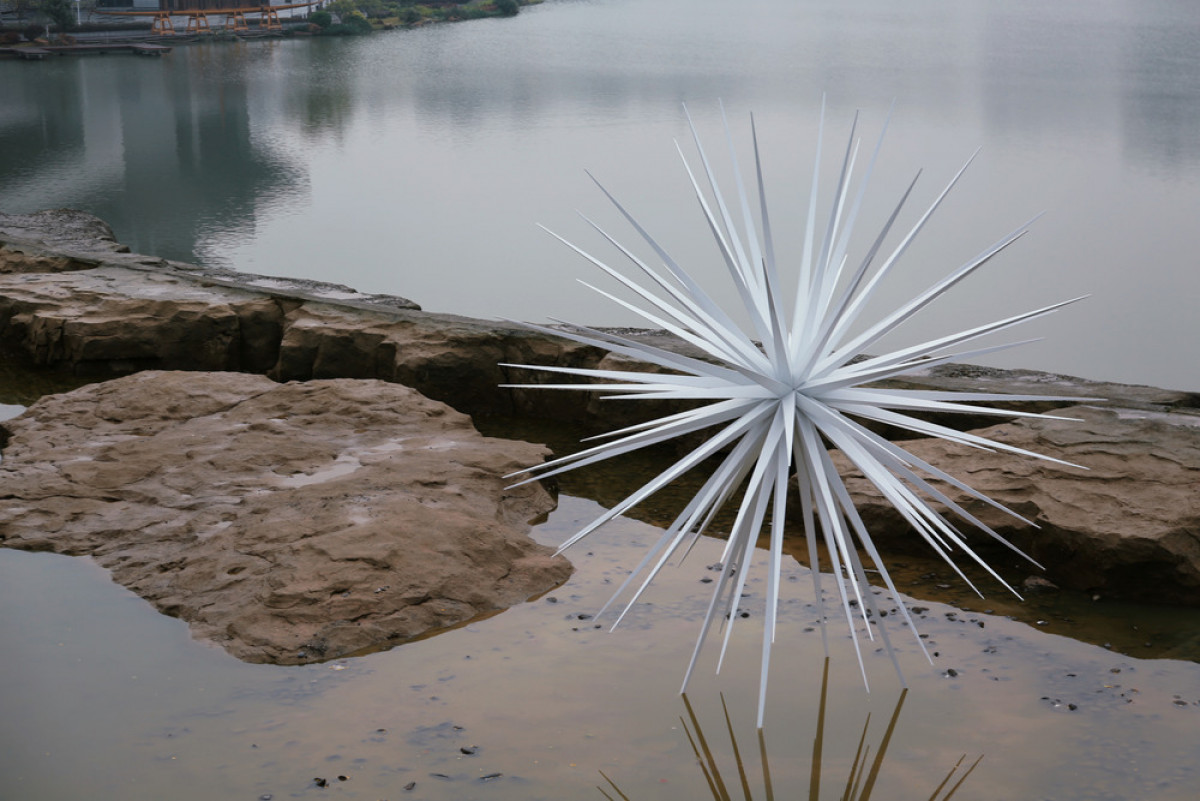 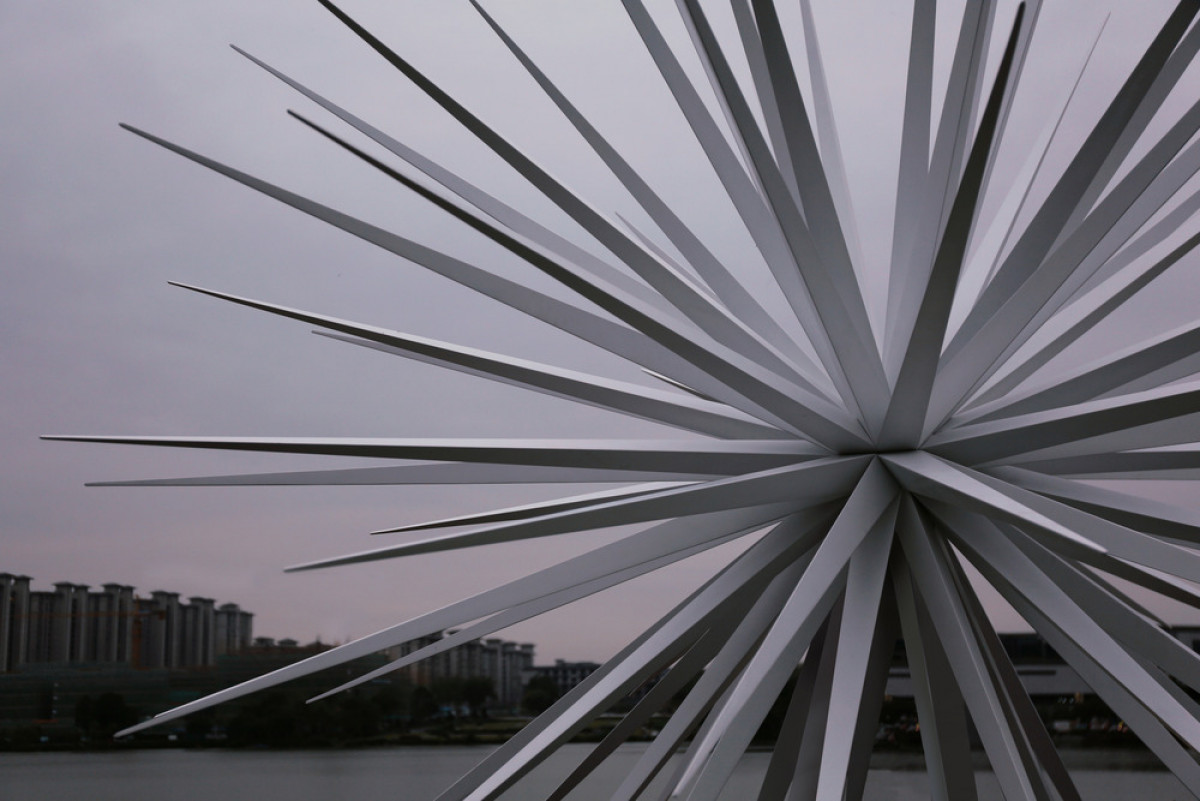 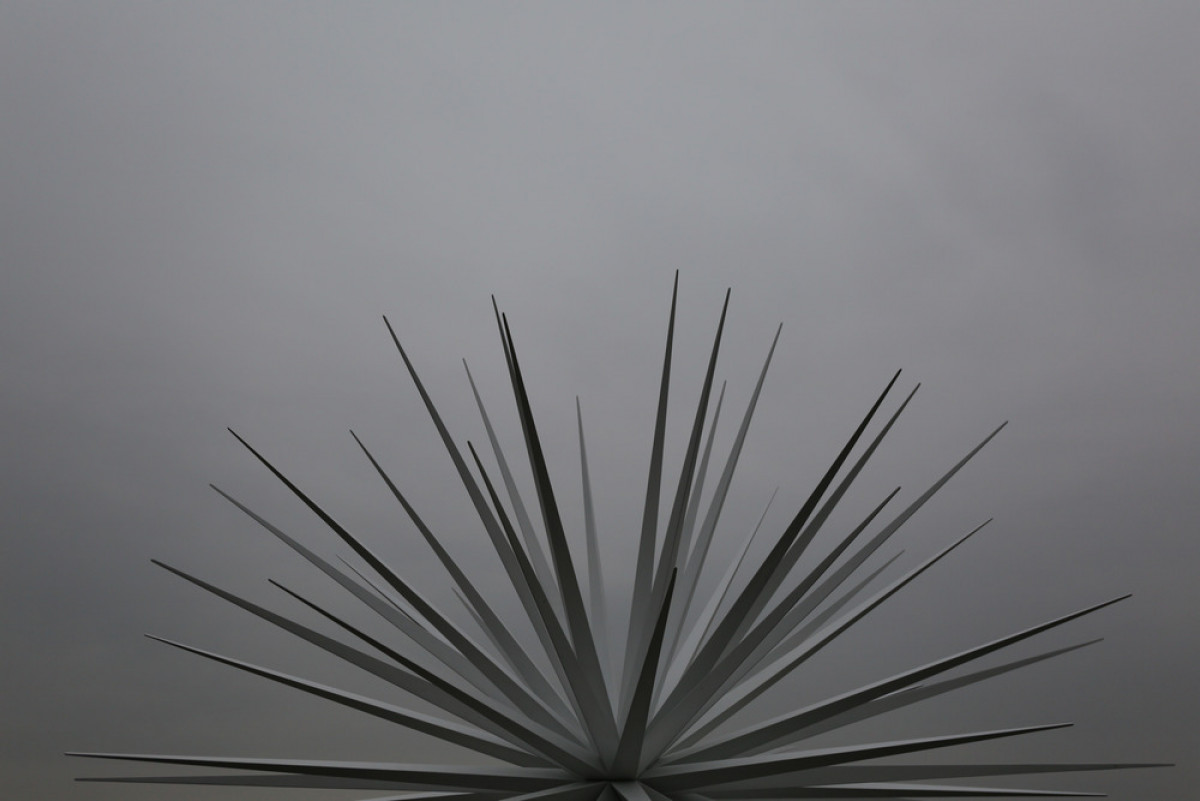 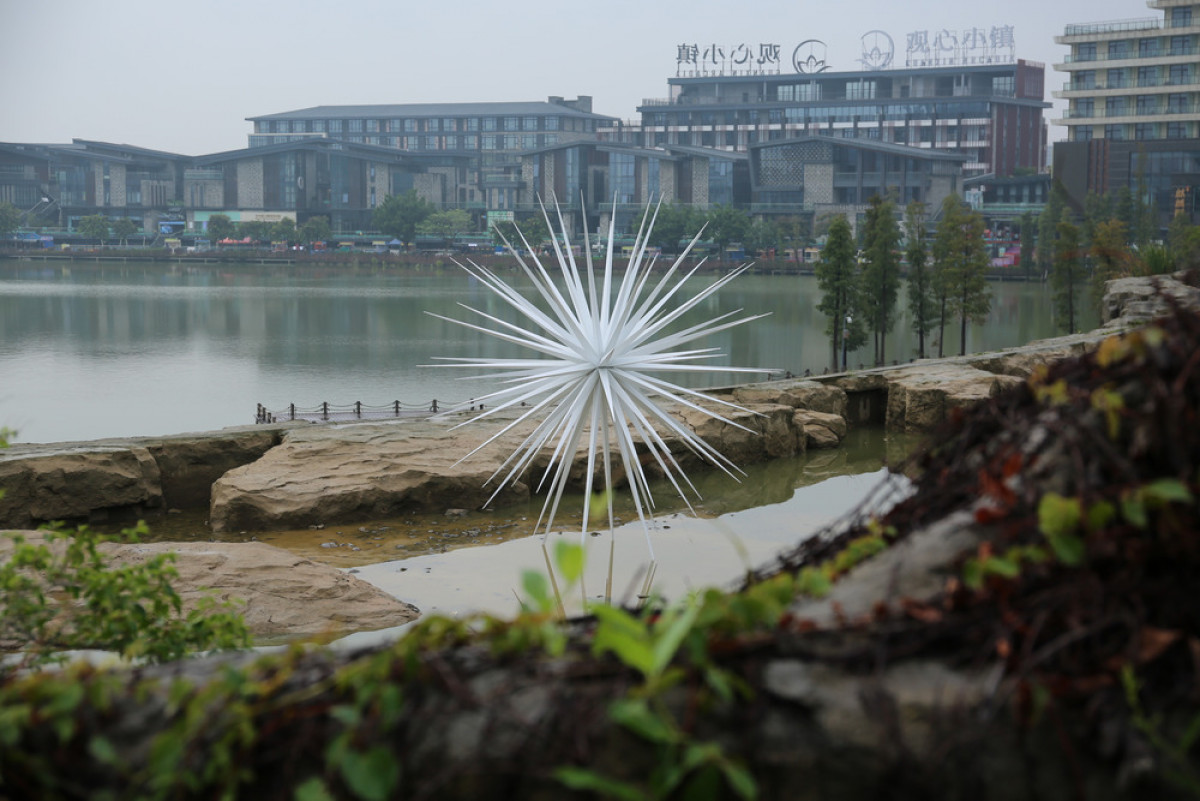 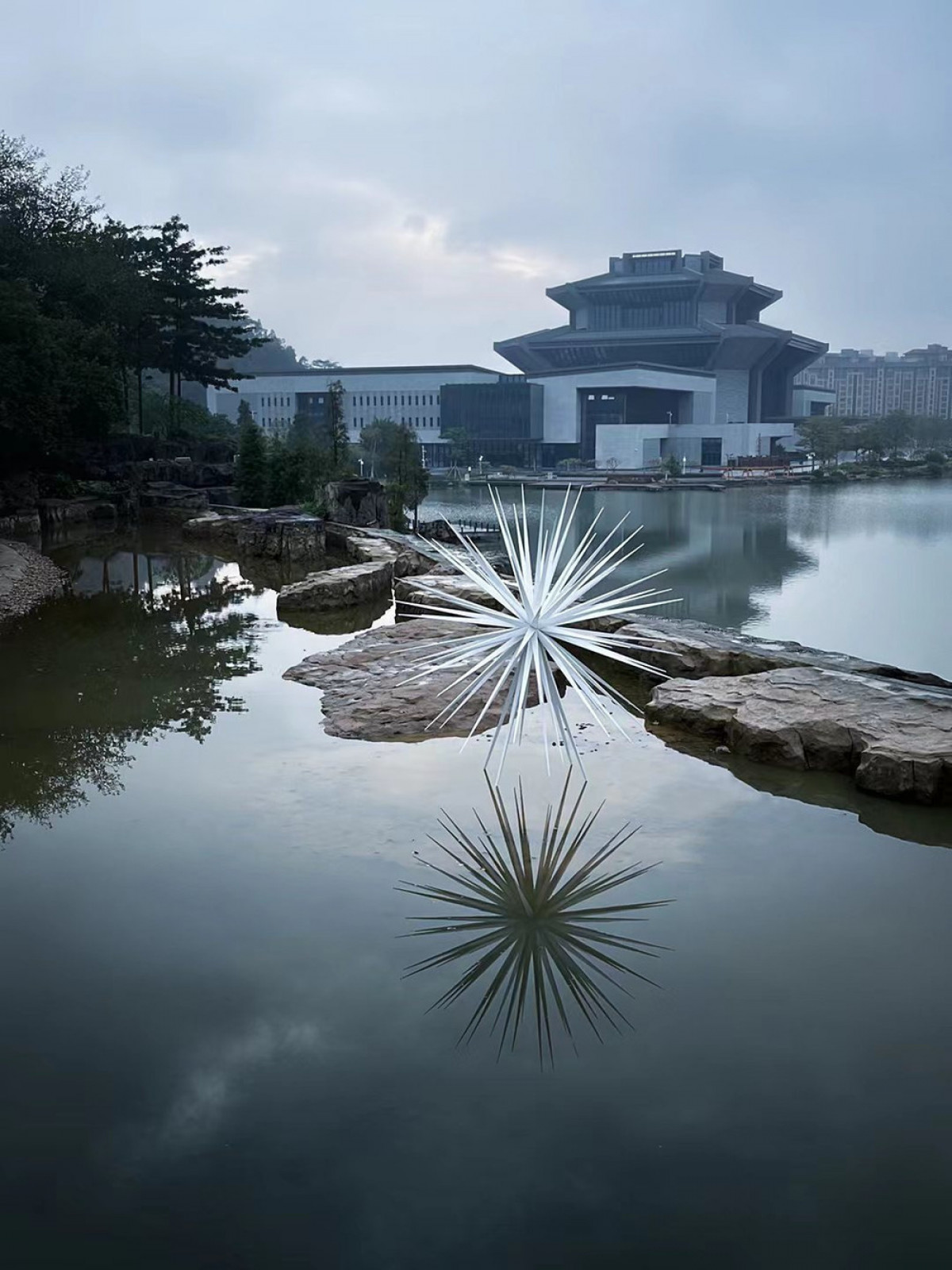