Comprehensive framework with 300-plus project site opportunities for the Upper Los Angeles River and its tributaries earns global 2021 AZ Award from Azure Magazine.

Prevailing over an international field of project submissions, the winning regional plan — commissioned by the Santa Monica Mountains Conservancy, an agency of the State of California, alongside a working group and the joint-powers authority, Mountains Recreation and Conservation Authority (MRCA) — has been applauded for treating the tributaries as “valuable social, ecological, and hydrological players in the fight for equity.” Studio-MLA led the design for the ULART plan as part of the multidisciplinary team primed by engineering consultant Tetra Tech. A 23-member working group chaired by Los Angeles Councilwoman, Monica Rodriguez, and including seven NGO partners, ensured a close partnership with the involved communities. 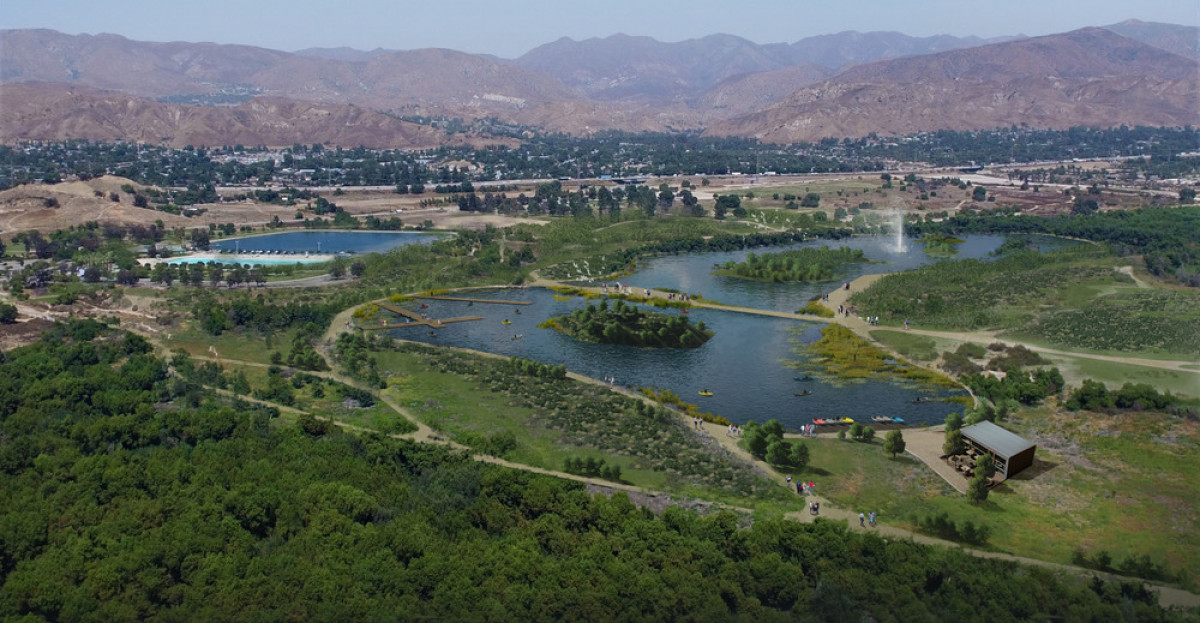 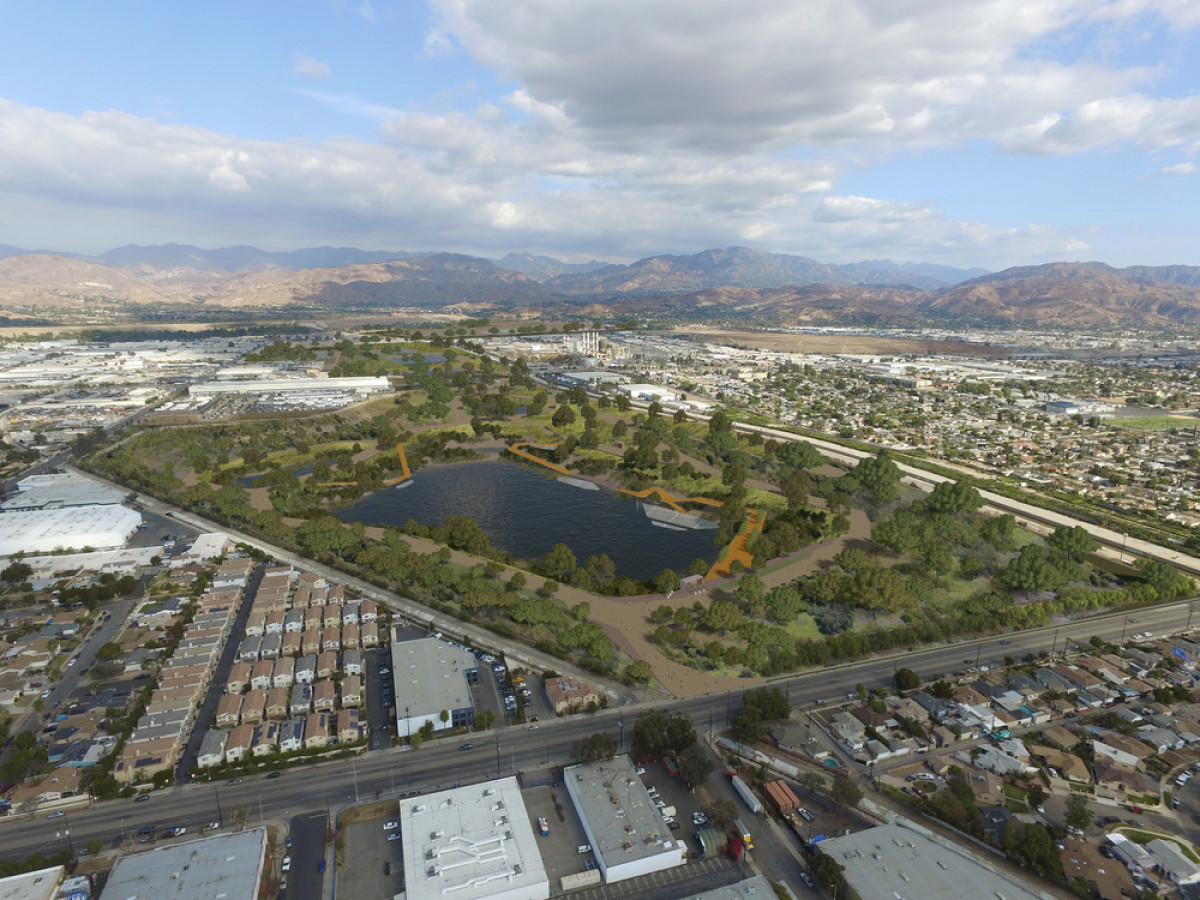 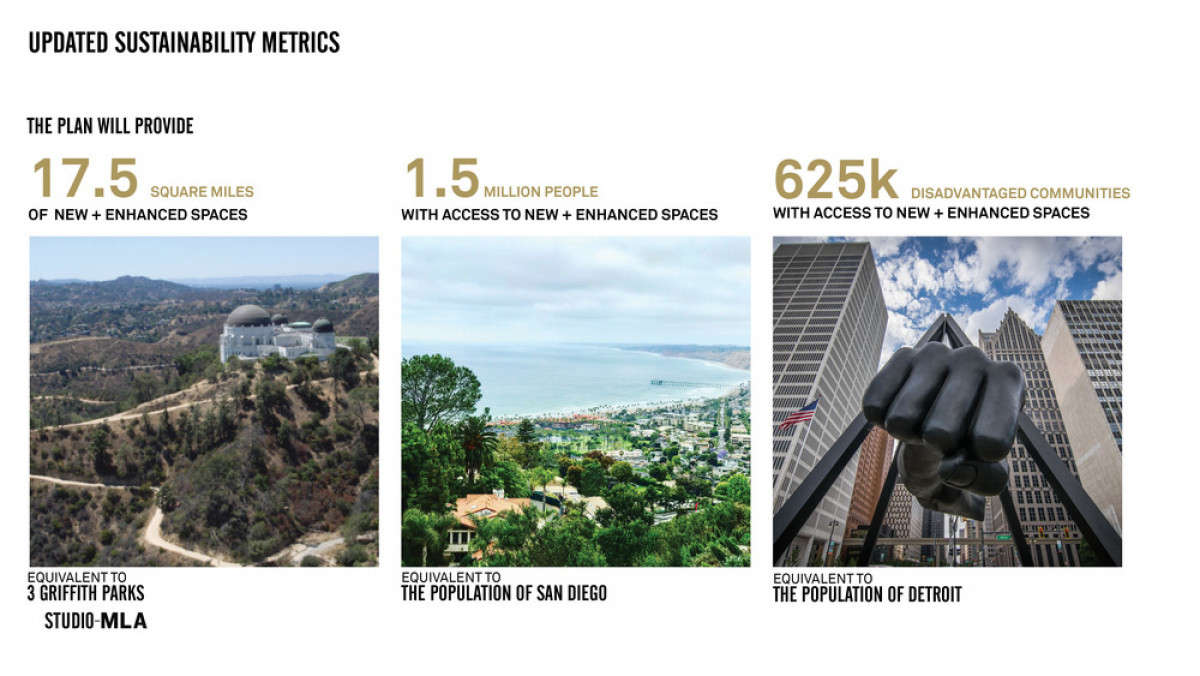 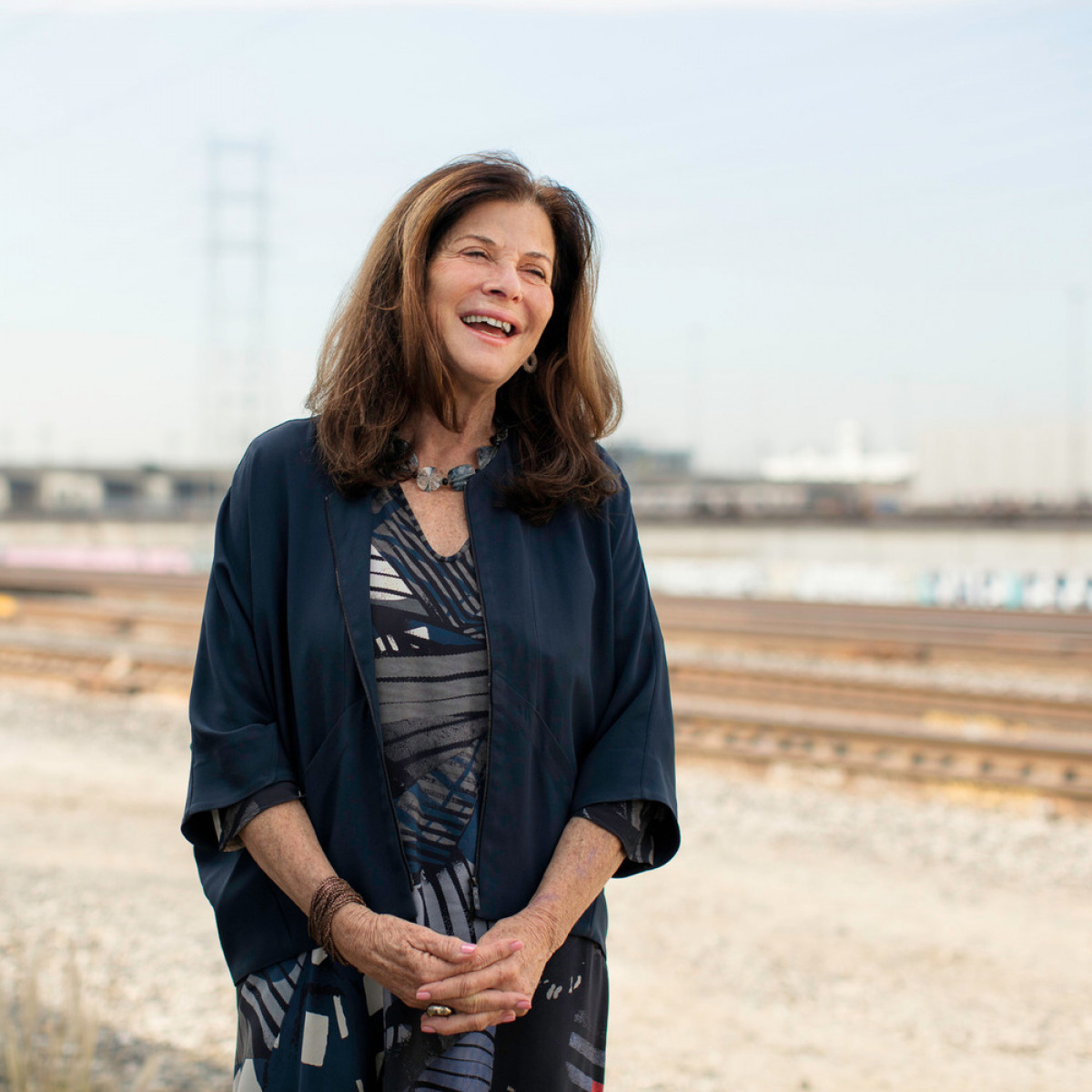 Winning projects cited by Azure Magazine “exemplify excellence in innovation, aesthetics, creativity, and social and environmental responsibility.” The publication received over 1,200 entries from 57 countries for the program’s 10 categories. The win adds to Studio-MLA’s long tradition of critical and peers recognition, and it adds to the positive response received by recent, wide-ranging initiatives led by the Santa Monica Mountains Conservancy and MRCA.

“The tributaries of the Upper Los Angeles River have been marred by a history of neglect. Today, the hostile concrete landscape offers little in the way of community space or nature or water quality management," according to Azure Magazine. “Intending to restore all three, the Upper Los Angeles River and Tributaries (ULART) Plan is led by Los Angeles Councilmember, Monica Rodriguez, Sarah Rascon of the Mountains Recreation and Conservation Authority [on behalf of the Santa Monica Mountains Conservancy], and landscape architecture firm, Studio-MLA, led by Mía Lehrer.”

Along with others, those professionals collaborated as part of the Upper Los Angeles River and Tributaries Working Group, established within the Santa Monica Mountains Conservancy by the California State Legislature in 2017. The team was charged with developing a revitalization plan for the Upper Los Angeles River and its tributaries, with a prioritization on disadvantaged communities.

“It was a privilege to lead this effort that begins to address environmental justice issues in communities that have historically suffered from underinvestment. The plan identifies over 300 opportunity sites for open-space amenities accessible to over 625,000 residents who live within a half mile of the river tributaries,” says Councilwoman Rodriguez, the ULART Chair. “Azure's recognition of this plan, developed in collaboration with the community, is a testament that the work we are doing is elevating the quality of life for residents in these communities.”

“The ULART initiative placed a strong emphasis on disadvantaged areas,” says MRCA’s Rascon. “It also reconnects important tributaries to the Los Angeles River, as it also invests in places that are verdant, yet under-served.”

“Among the investments in the ULART plan is the ability to measure and track benefits for resiliency planning in the communities studied, which is critical to the ULART region,” adds Mía Lehrer, FASLA, president of Studio-MLA. “To achieve the region’s resiliency objectives, we have created a geodatabase and an evaluation strategy that makes project benefits both quantifiable and trackable. Solving these challenges requires an organizing framework and collaboration between designers, geographic scientists, information technologists, community advocates, business owners, and the people who reside in these places.”

About the ULART Plan
In addition to identifying more than 300 projects throughout some of California’s most disadvantaged communities — as measured using a specialized tool, CalEnviroScreen 3.0 — the ULART team designed the solutions in concert with natural processes, and with the potential capture of 8,695 acre-feet of stormwater per year.

“This is a vast contribution for an area facing historic droughts,” says Jan Dyer, PLA, ASLA, principal and director of the Infrastructure Division at Studio-MLA. “The ULART plan also provides over 1,000 miles of shaded green streets and trails, while preserving and enhancing over 6,000 acres of urban wildlife ecology.”

Works like the ULART Revitalization Plan show the powerful influence of landscape architects and urban designers on waterways that have been neglected or routed through concrete structures, separating them from native ecosystems.

“Each of the dozen cities, myriad communities, and land uses along the Upper Los Angeles River have a different texture, character, and setting,” says Studio-MLA associate Jean Yang, ASLA, APA, a planner and landscape designer. “The landscape architecture and planning disciplines provide the tools to make tangible solutions to address the problems revealed in the study.”

About Santa Monica Mountains Conservancy
The Santa Monica Mountains Conservancy is a State Agency established by the Legislature in 1980. Since that time, it has helped preserve more than 75,000 acres of parkland in both wilderness and urban settings. The Conservancy’s mission is to strategically buy back, preserve, protect, restore, and enhance treasured pieces of Southern California to form an interlinking system of urban, rural, and river parks, open space, trails, and wildlife habitat that are easily accessible to the general public.

About Mountains Recreation and Conservation Authority
The Mountains Recreation and Conservation Authority (MRCA) is a local government public entity dedicated to the preservation and management of open space and parkland, watershed lands, trails, and wildlife habitat. The MRCA works in cooperation with other government partners to acquire parkland, participate in vital planning processes, provide natural resources and scientific expertise, and complete major park improvement projects. The MRCA manages and provides ranger services and fire protection for almost 75,000 acres of parkland that it owns, or which are owned by the Santa Monica Mountains Conservancy or other agencies, and provides comprehensive education and interpretation and leadership programs for youth. It is one of the lead agencies providing for the revitalization of the Los Angeles River.