A Guide to the CNC Process for Architectural Work

How exactly do industrial machining techniques like CNC mesh with the creativity of the architectural world? 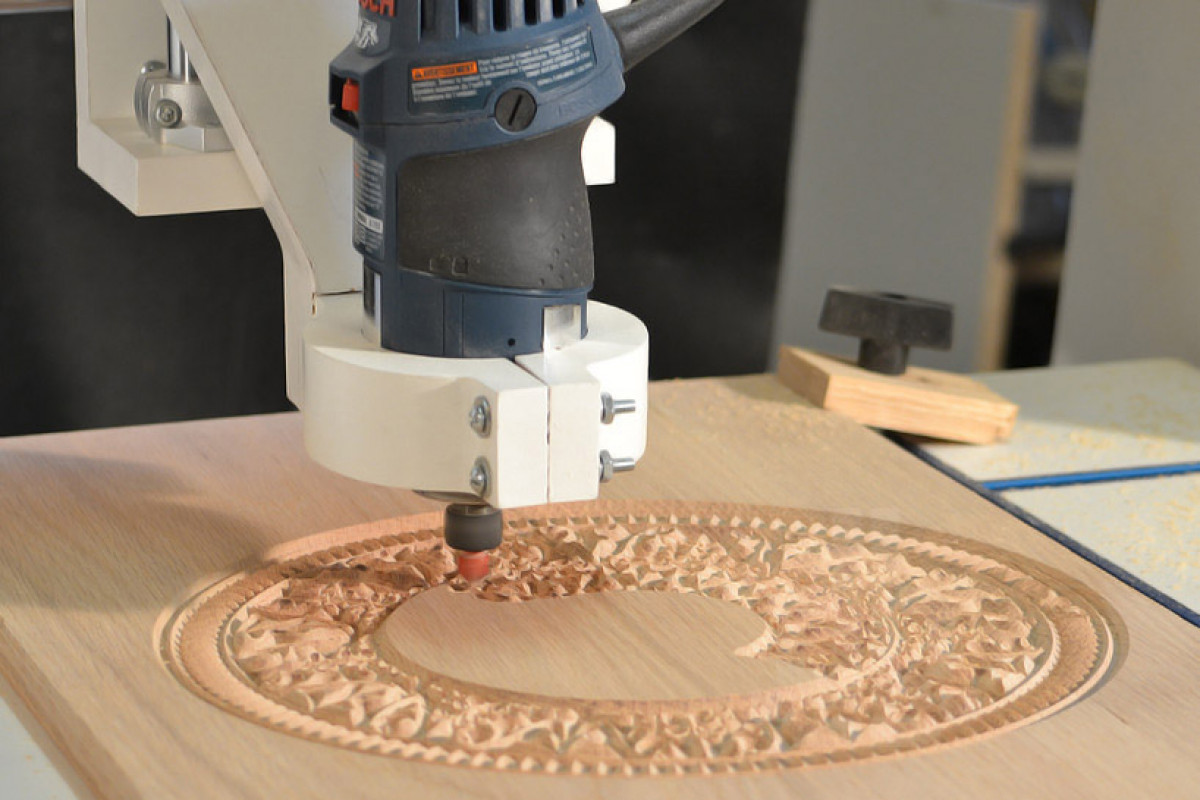 With its potential for precision and automation, it’s no wonder that Computer Numeric Control (CNC) processes have found their way into the worlds of architecture and art. And yet, it may seem like an unusual match. How exactly do industrial machining techniques like CNC mesh with the creativity of the architectural world?

CNC originated in the 1950s, but it wasn’t until the 1990s that architects started to use the technique. In this article we’ll cover a brief summary of what CNC is and how it works; then we’ll jump into the two primary uses for CNC in architecture.

What is Computer Numeric Control?

CNC began with punch cards and now involves advanced computers and programming languages. Regardless of the technology involved, CNC relies on a simple principle: giving a machine a set of coordinates and instructions.

That combination of coordinates and instructions is known as g-code. With it, an operator can pre-program an entire process into a CNC machine, telling the machine where to go, what to do, and where and when to stop.

CNC delivers two primary advantages. First, any program can be repeated infinitely, meaning that a machine operator doesn’t actually have to be involved in running the machine. A single operator could program and then supervise dozens of machines simultaneously, all producing the same part to the same specifications.

The second advantage lies in the high degree of precision CNC delivers, allowing for a steady stream of highly-accurate, identical parts.

How do highly-precise, programmable CNC machines fit into the architectural process? In general, CNC use in architecture falls into one of two areas.

CNC isn’t just for repeatable processes; the technique is also used to create prototypes and models. Architects can design a building using a CAD (Computer Assisted Design) program, and then generate cutting and machining programs for a CNC machine to render those models.

The result is a highly accurate representation of the architect’s design, allowing builders and other designers to fully understand the idea. In some cases, the same programs and techniques used to create the models can then be applied to the actual construction of the home, a process known as mechanization.

When it comes to various architectural flourish, nothing works more efficiently than a CNC router. In the industrial setting, CNC machinery works with metal fabrication, but an architect can create designs in Corian countertops as easily as elegant wooden banisters or metal accents.

CNC design and manufacture adds a whole other range of tools for an architect to work with, expanding the possibilities for architectural work.

What does the integration of CNC processes and architectural work look like? Here’s a quick outline.

Everything starts with the architect’s idea. That idea may be fully-formed, or just an initial concept, but it’s the stage in which the broad boundaries of the project are sketched out.

Armed with an idea, most architects proceed to a CAD program to further develop their concept. CAD programs can render designs in 3D, allowing an architect to explore every aspect of the potential design.

Computer Assisted Machining programs assist a designer by adding run-out, flanges, and all the extra bits of information that a CNC machine needs to properly execute the program. Essentially, CAM programs translate the architect’s design into the machine language.

Further calibrations are done within the CNC machine. While all CNC machines use g-code, most have their own variants of that language depending on age and manufacturer. The toolpath stage creates the actual, detailed instructions for the CNC machine - what to cut, where to move, etc.

The last stage is the simplest; executing the program and creating the model or part needed. This is also the stage with the least amount of human involvement; just simple oversight to ensure that all necessary troubleshooting is done.

Unlike its industrial counterpart, the CNC process for architectural work doesn’t produce the actual finished product in most cases. Instead, it aids the entire concept and design process necessary for any architectural endeavor.

The article has been contributed by Design Dekko reader and follower Bailey Hudson. Bailey Hudson is a freelance industrial writer currently writing for SummitMT.

To share your views on Design Dekko, write to us on: info@designdekko.com

Disclaimer: The views expressed are of author's own