Exploring a transcendental and spiritual character in architecture

Updated On : 22 Nov 2022
Residence 53 is a recently completed project by Chandigarh-based architecture firm, Charged Voids, that seeks to redefine luxury while standing out from its surroundings.
Share

For this project, Charged Voids took the approach of using a few simple bold strokes to create a powerful composition which is evident in the geometric façade of the house. This 8,500 sq ft structure is a balance between public and private spaces that divides the functions into different levels while maintaining visual connections through the central space.

Inside the house, this connecting central space becomes the nexus around which the entire plan revolves. The grand double-height doors open to let one into an equally grand double-height foyer. The inclusion of potted plants and a green wall also has the effect of blurring the distinction between the outdoor and indoor spaces of the house. The open-to-sky courtyard also features two bridges that jut out from the wall and become the focal point of the design. The two cantilevered curved bridges in the central area are the major architectural and sculptural elements of the house. These internal bridges lend a monumental air to the interiors, giving them a sheen of grandeur and also serving as the primary circulation routes on the first and second floors. 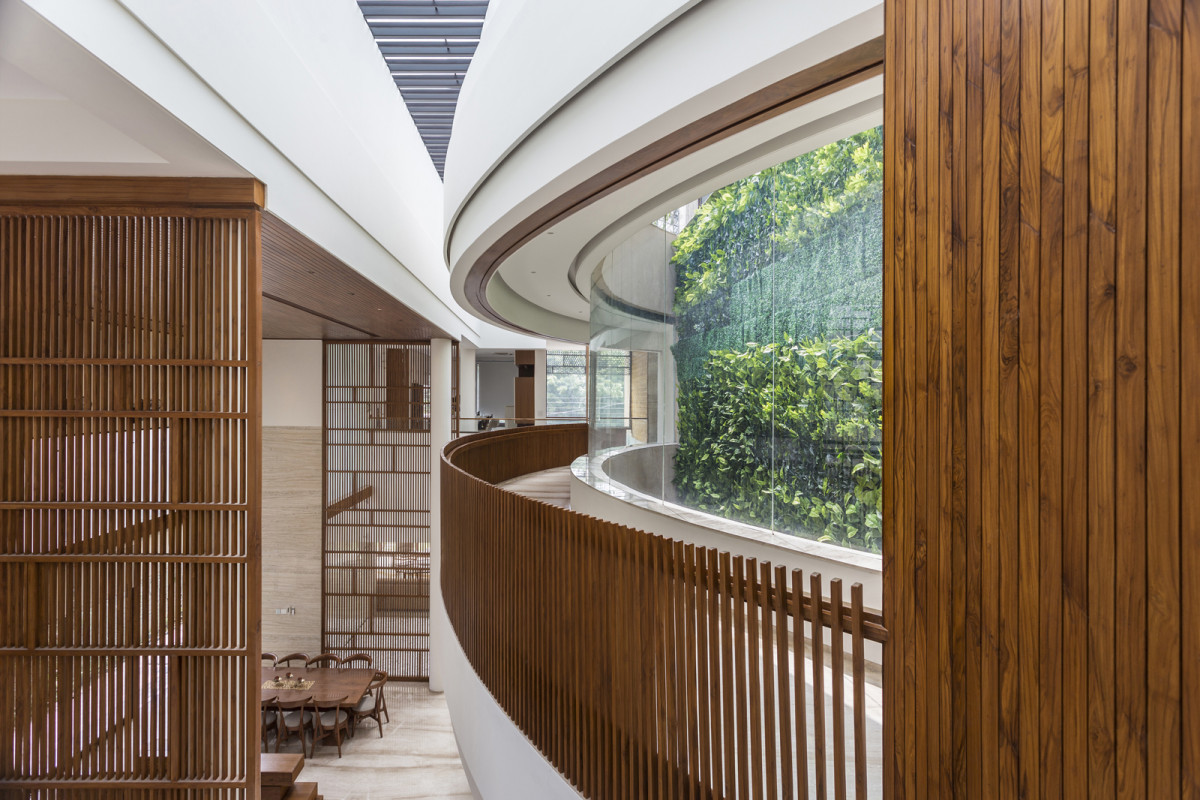 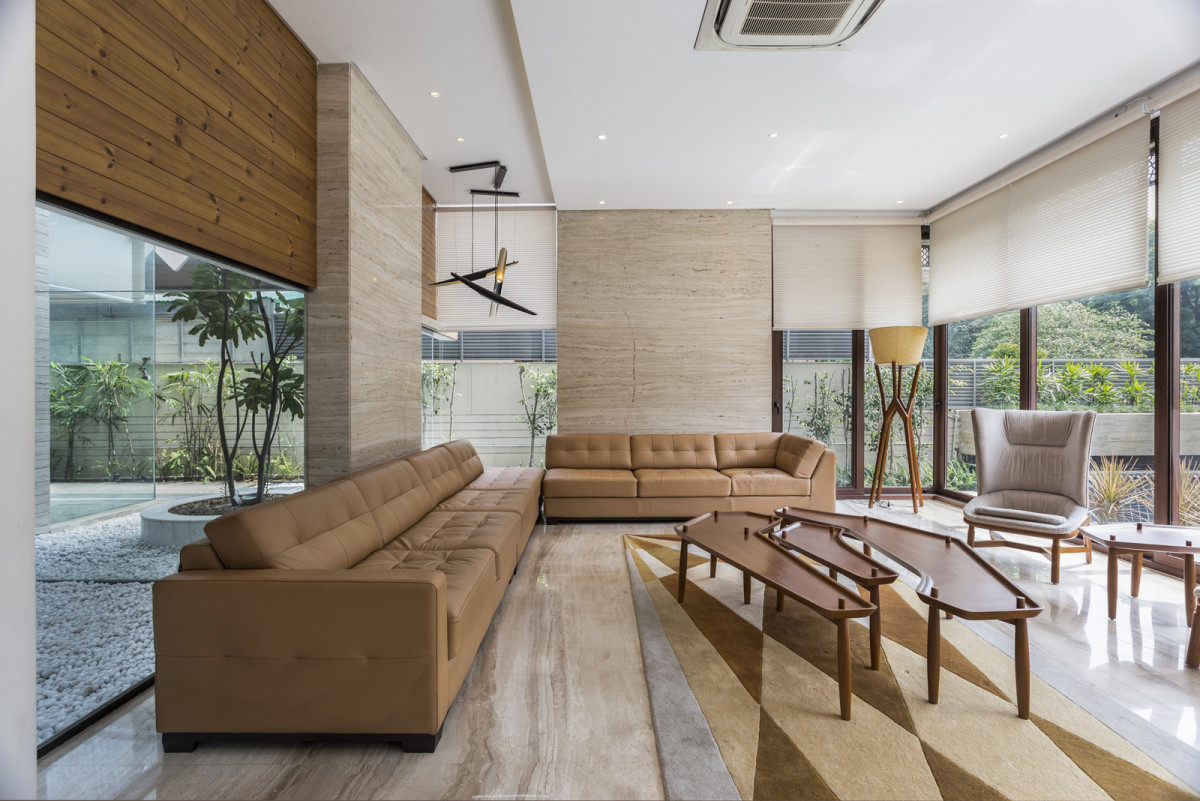 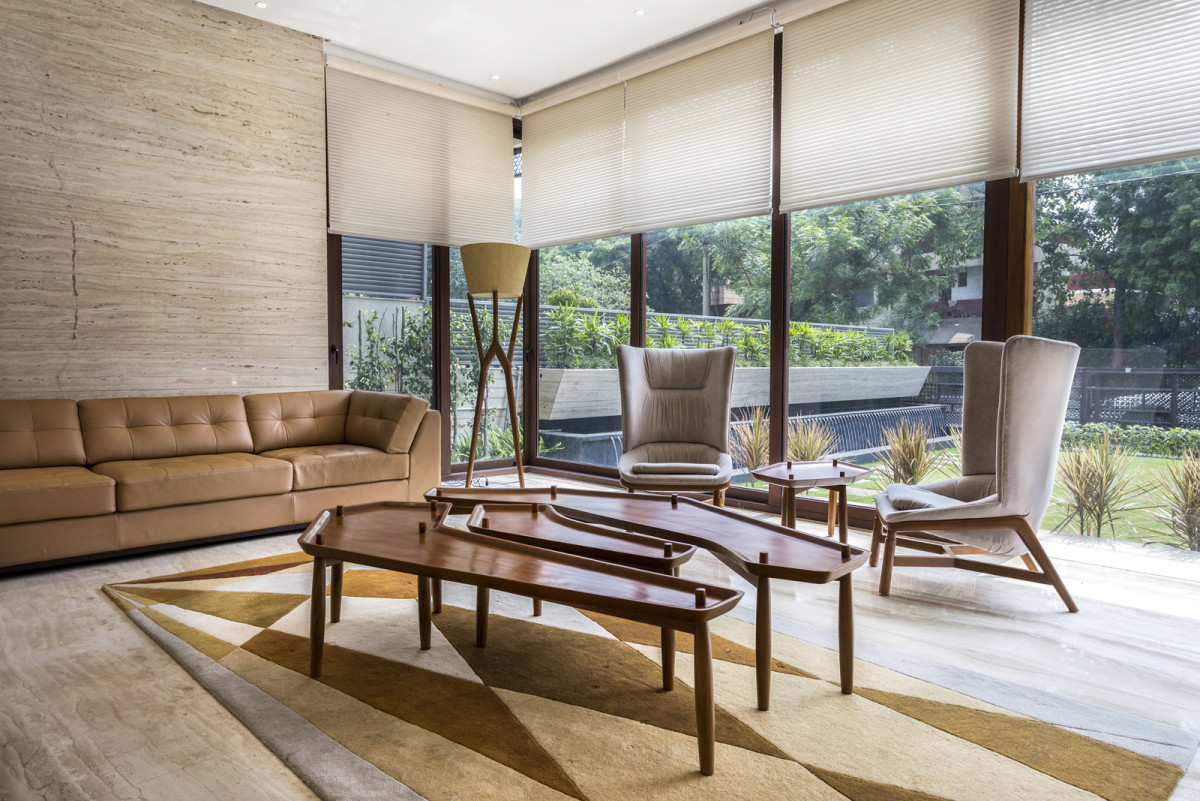 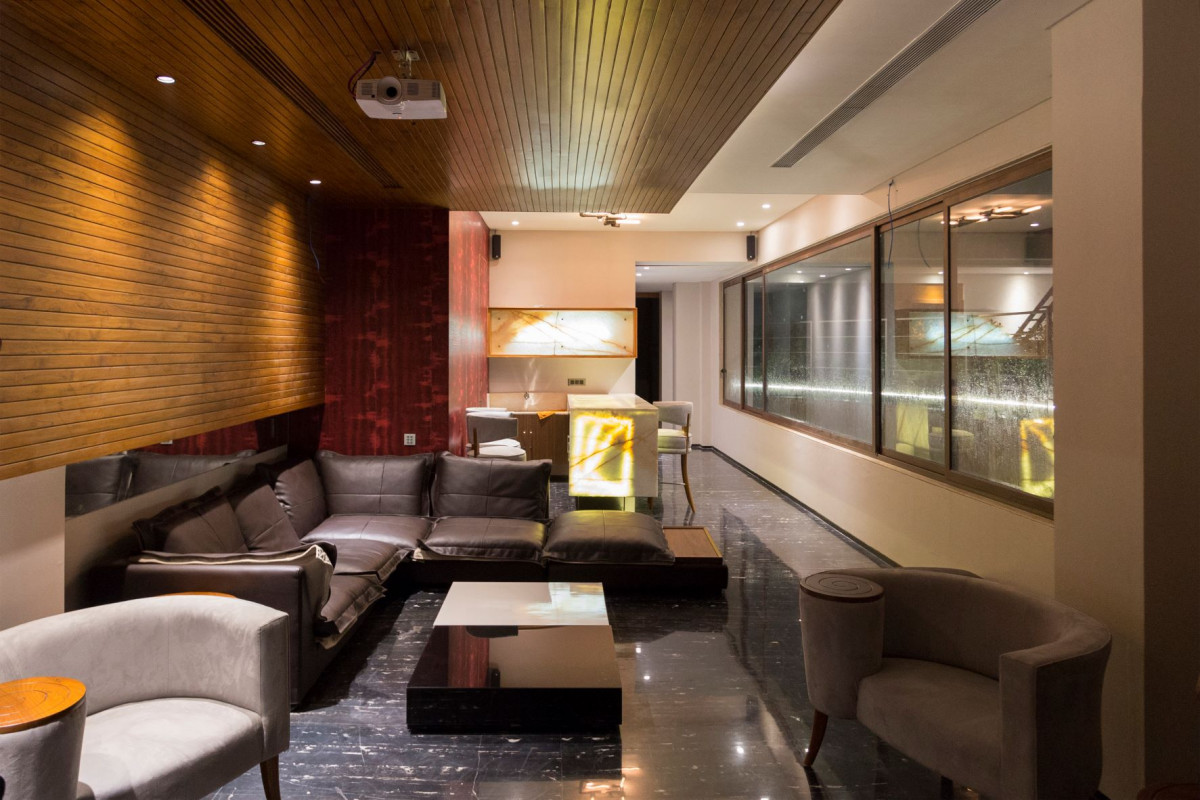 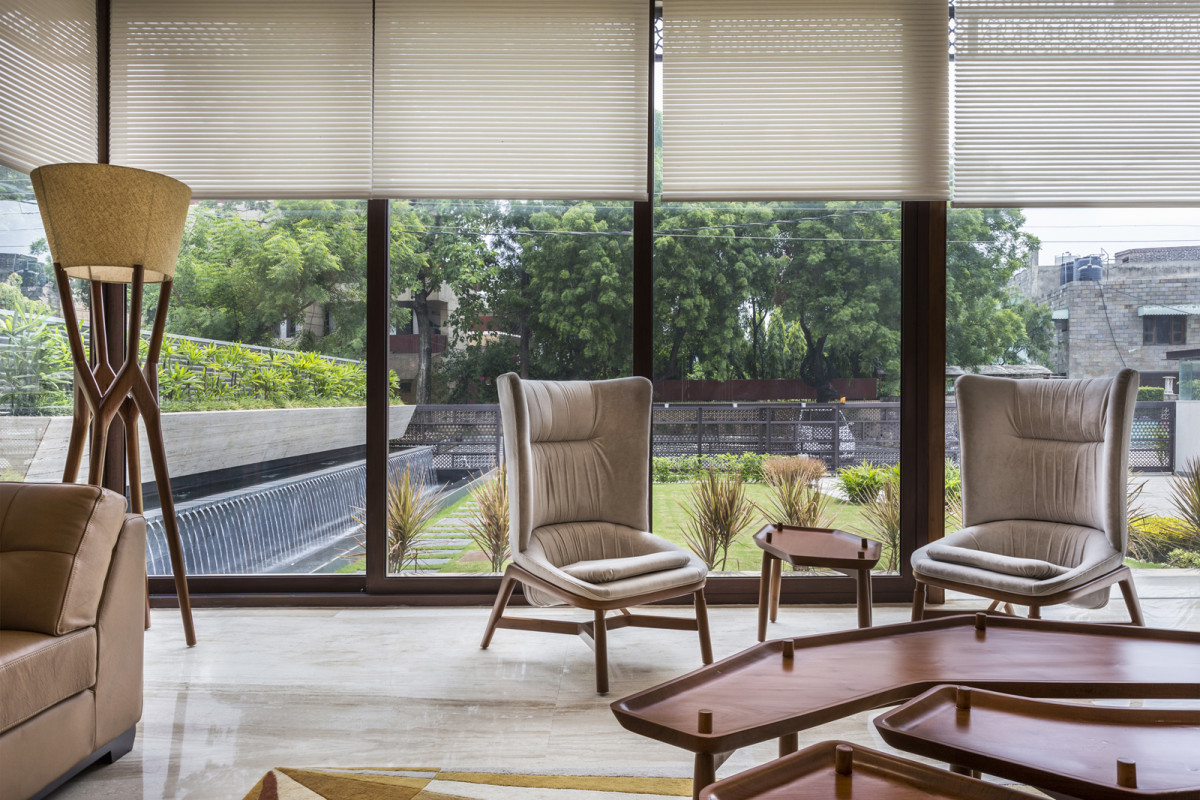 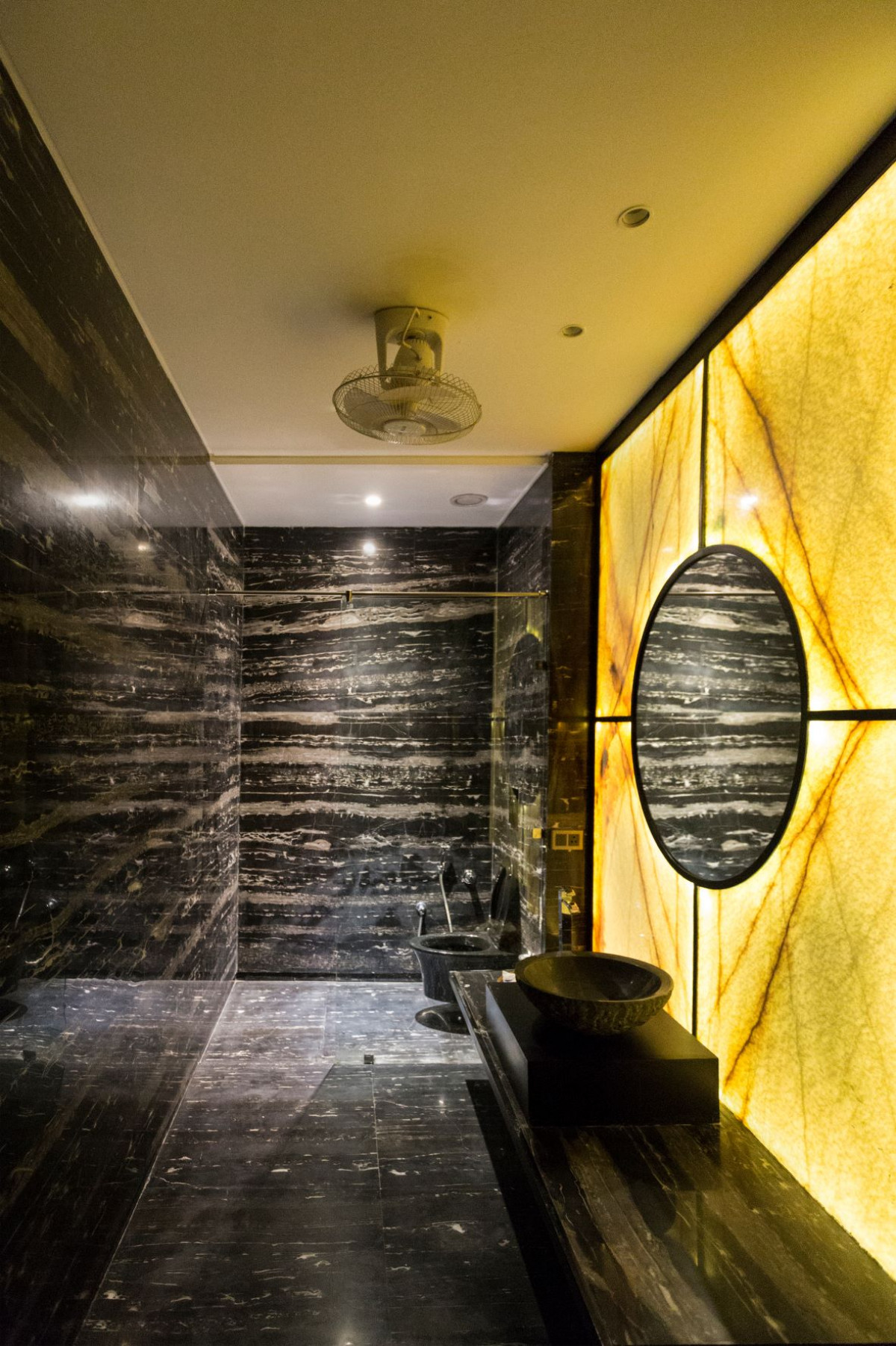 The house's three floors have been planned with varying functions in mind. The ground floor mostly houses the common spaces, such as the drawing room, great room, kitchen and a guest bedroom along with one master bedroom for the head of the family. The first floor is the main private space, housing three bedrooms, a sacred puja room and a kitchen. The second floor is the entertainment zone of the house with a swimming pool, open-to-sky glass deck, snooker room and a party hall.

With this project, the firm has successfully explored a transcendental and spiritual character in architecture. Led by architect Aman Aggarwal, Charged Voids is underpinned by a purposeful dialogue between Western modernism and elements of Indian architecture. Each project's objective is to honour architecture's universals: gravity, light, human perception, and nature. 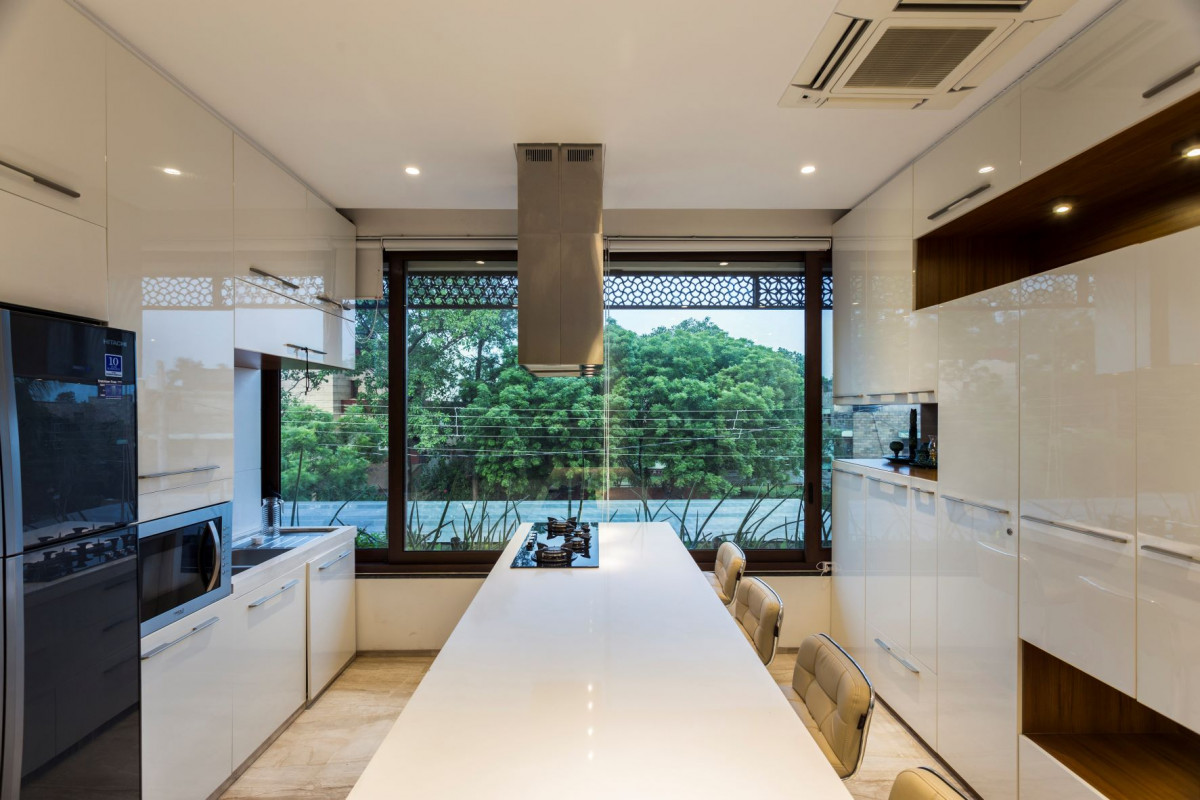 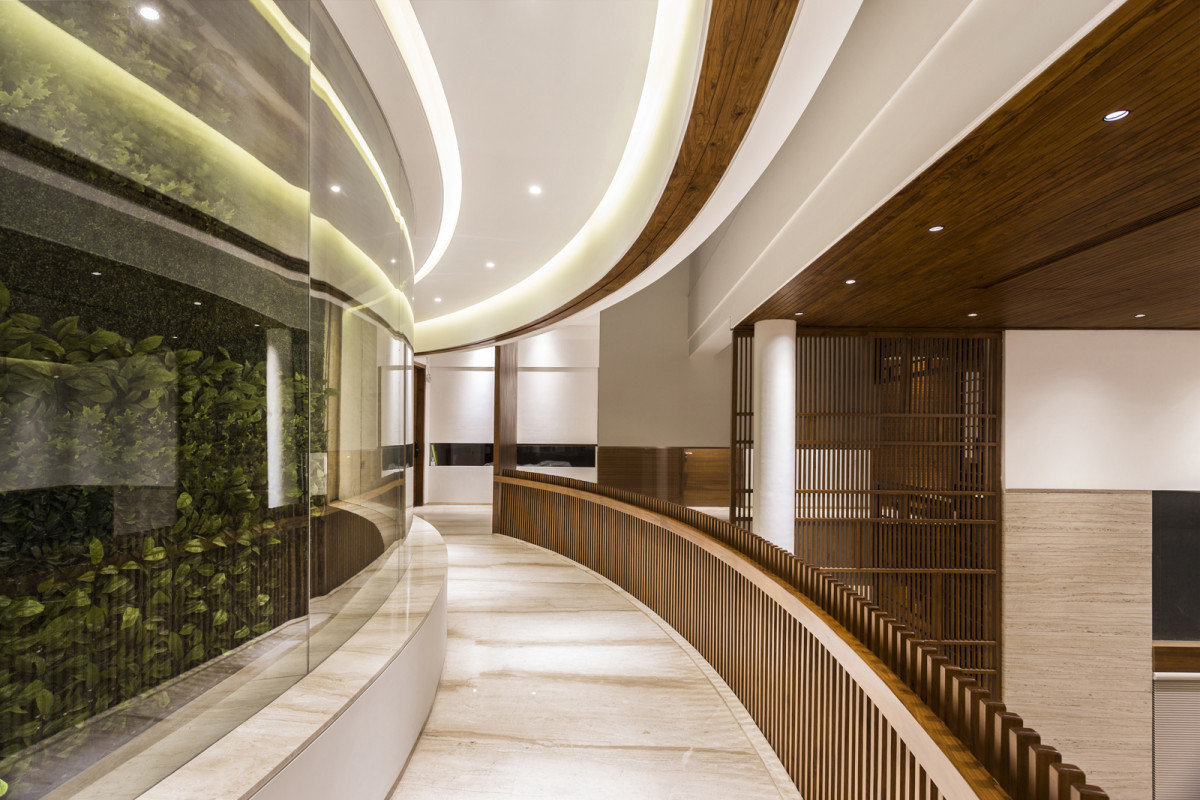 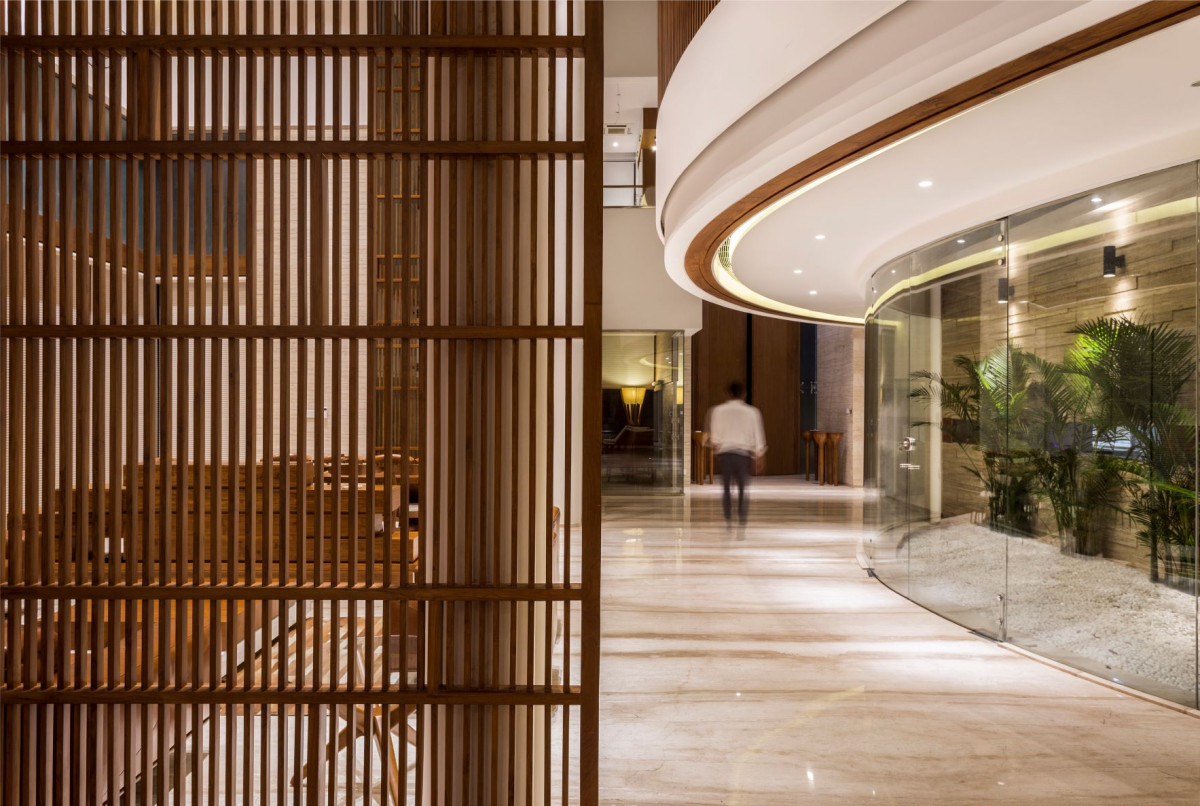 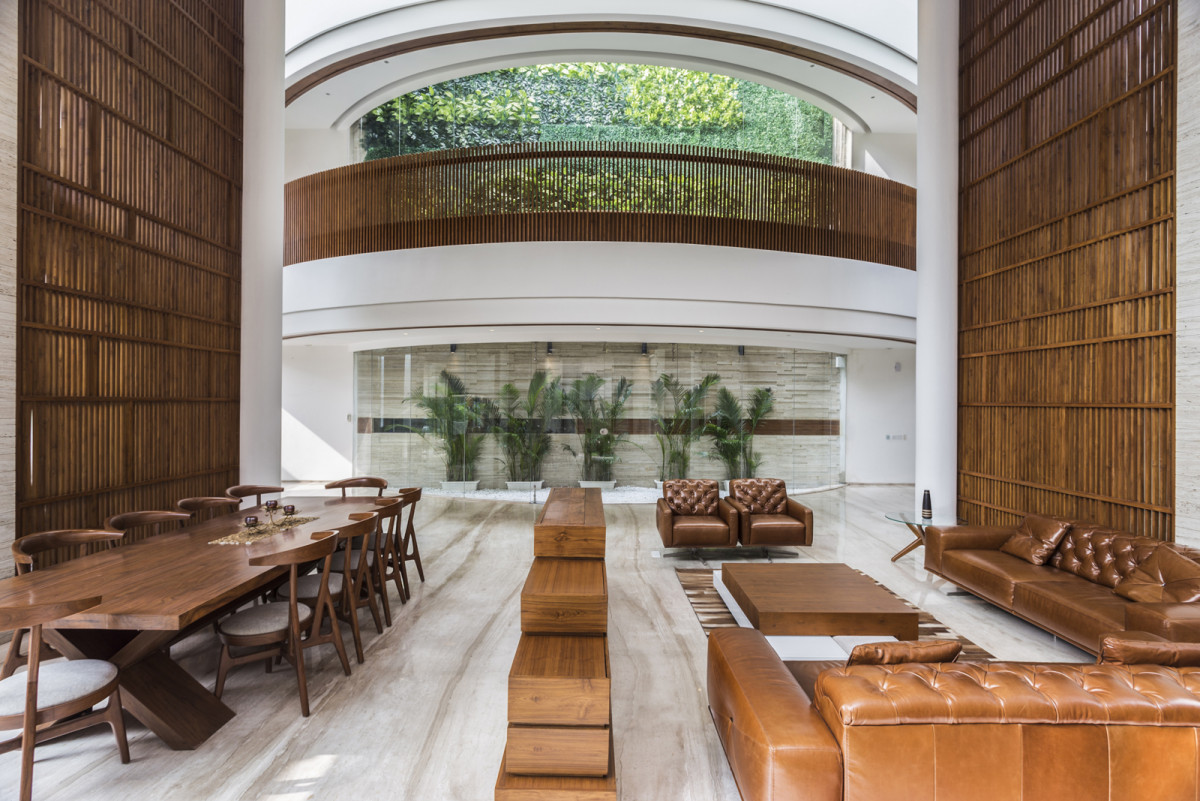 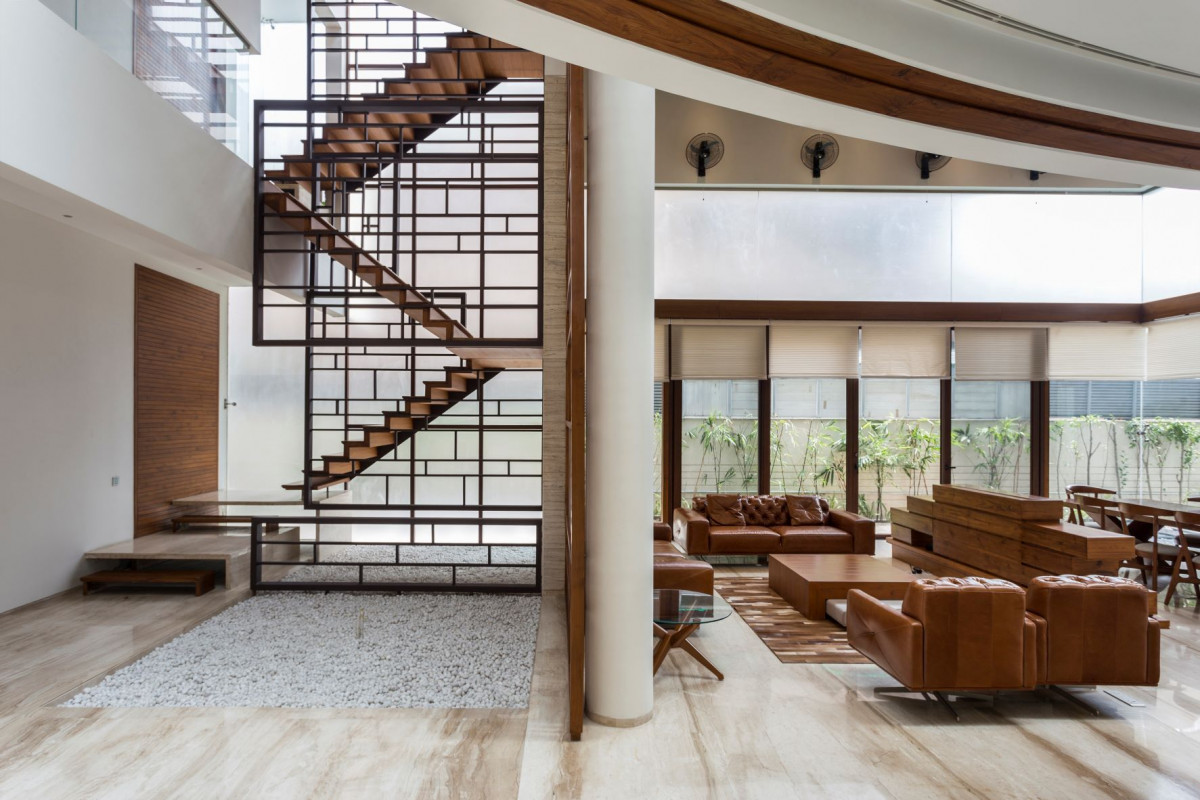