Updated On : 26 Dec 2021
A building was created that enlarges it and that translates into the articulation between two fundamental and complementary structures.
Share
A unique pattern covers the industrial building

In an industrial lot, that due to its position in the articulation between an avenue and a structuring roundabout, is a corner of local relevance, it was implanted an industrial unit of fabrics production.

Given the relevance of the reading of the lot in relation to the roundabout, a building was created that enlarges it and that translates into the articulation between two fundamental and complementary structures. One is the large production nave, a parallelepiped of large dimensions, to which some much smaller ones are attached and host the production support services and employees.

The other smaller one, which leans against it and hosts the administrative services spread over two floors, has a strong architectural expression, as if it were a reptile's head. It is located at the East/South vertex of the Unit and facing the roundabout, it becomes the expressive face of the complex, its brand image. The administrative body swings suspended marking the entrance and indicates us the public route of arrival, lower down, the entrance, flows into the central atrium, high, illuminated, which indicates and distributes us to the different spaces. 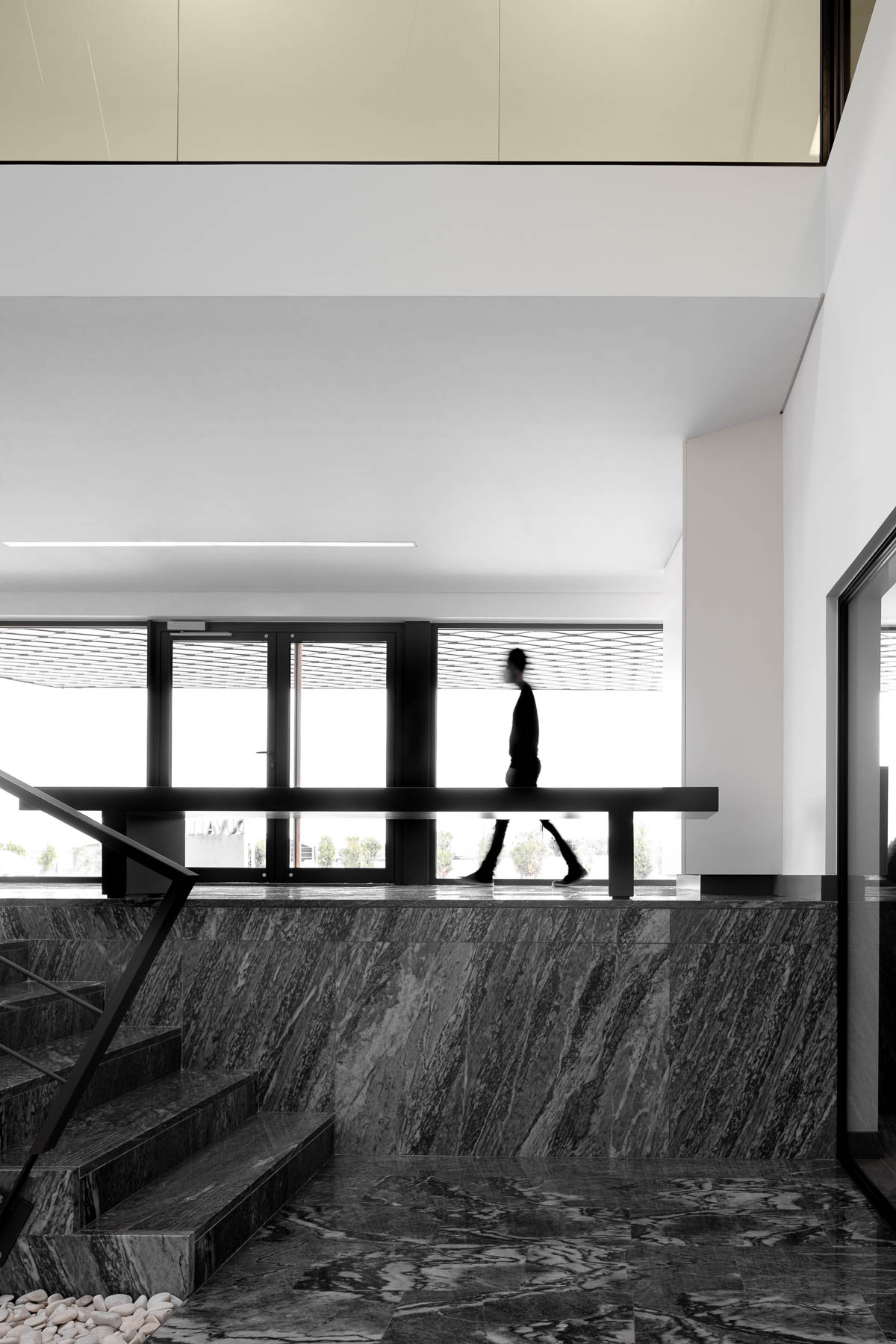 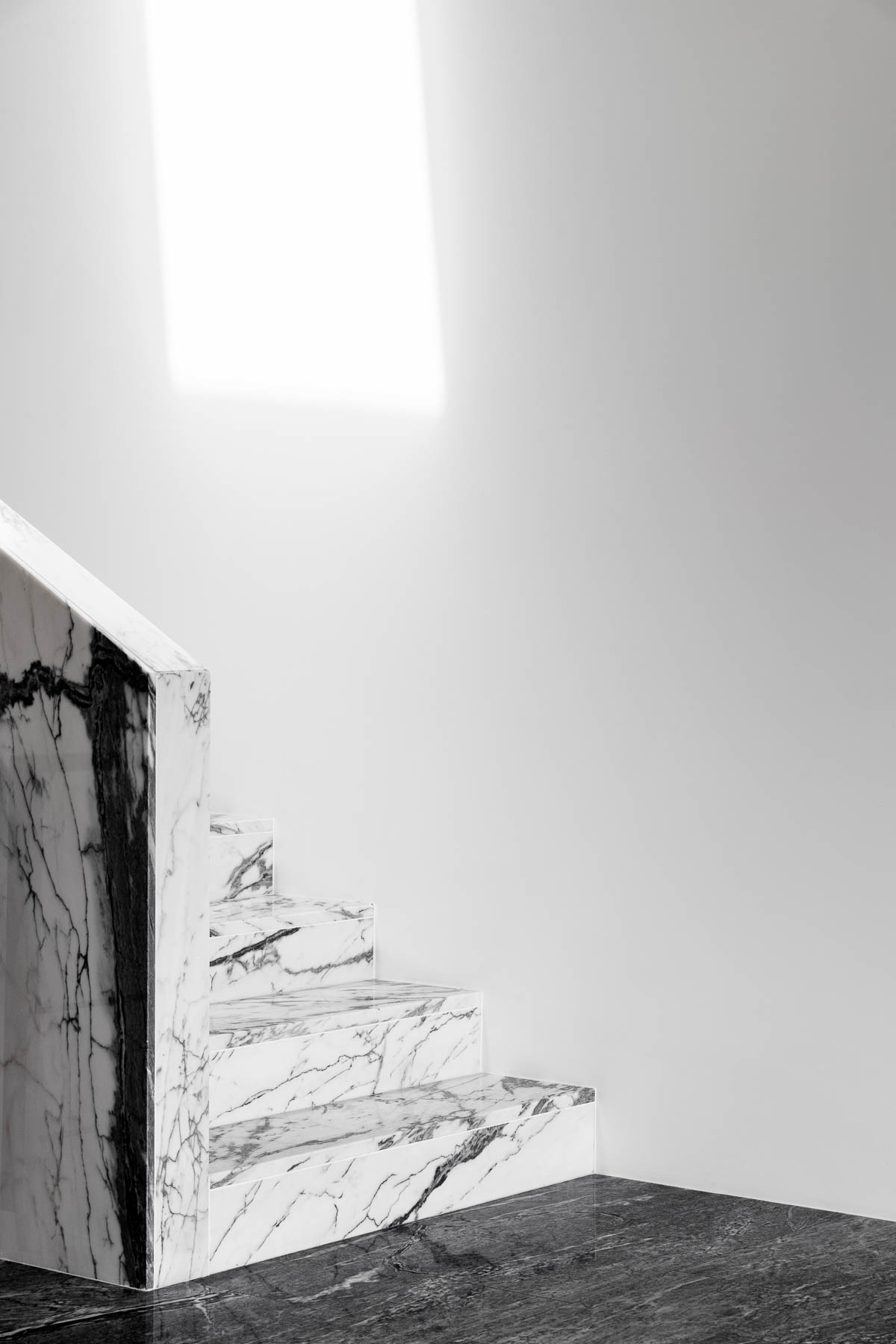 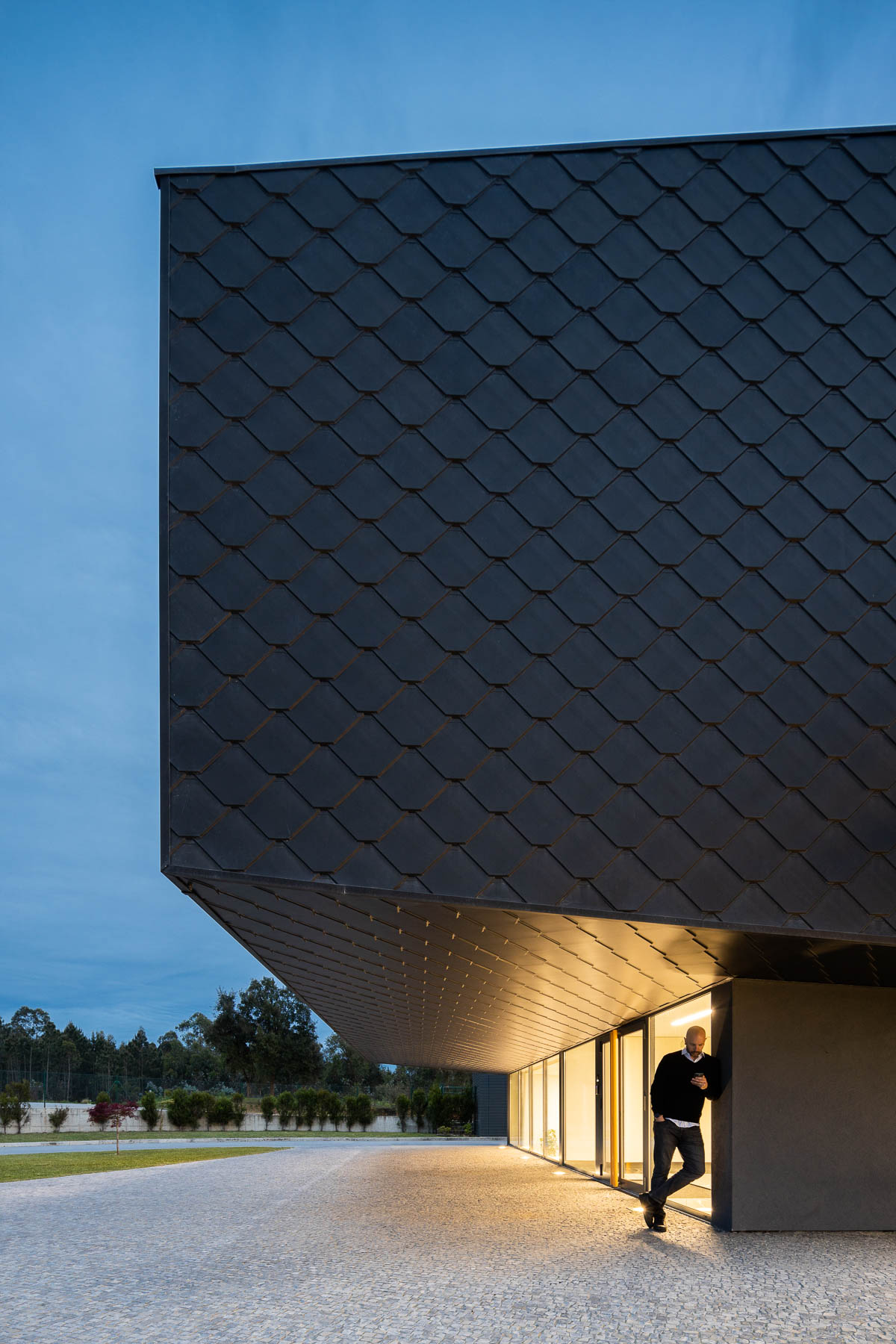 We consider the materiality of the components as a way of positioning and marking them, according to their function, within the planned structure. Due to the requirement for temperature and humidity control, the large nave was born in sandwich panel, more sober, neutral and acts as a backdrop to the administrative body. Lined in zinc with the Adeka system by VMZinc, it highlights its presence through texture and colour.

In the same sense of creating a modern and solid image, it emerges an element of arrival, of introduction... The staircase, located in the heart of the administrative sector, is a sculpture, the hinge element around which we have access to the entire "universe of the company".