Updated On : 10 Jun 2021
New York-based architect Diana Kellogg has designed an oval-shaped school building which is located on Thar Desert, Rajasthan. It will educate and empower almost 400 girls. Let’s take a look at the project.
Share 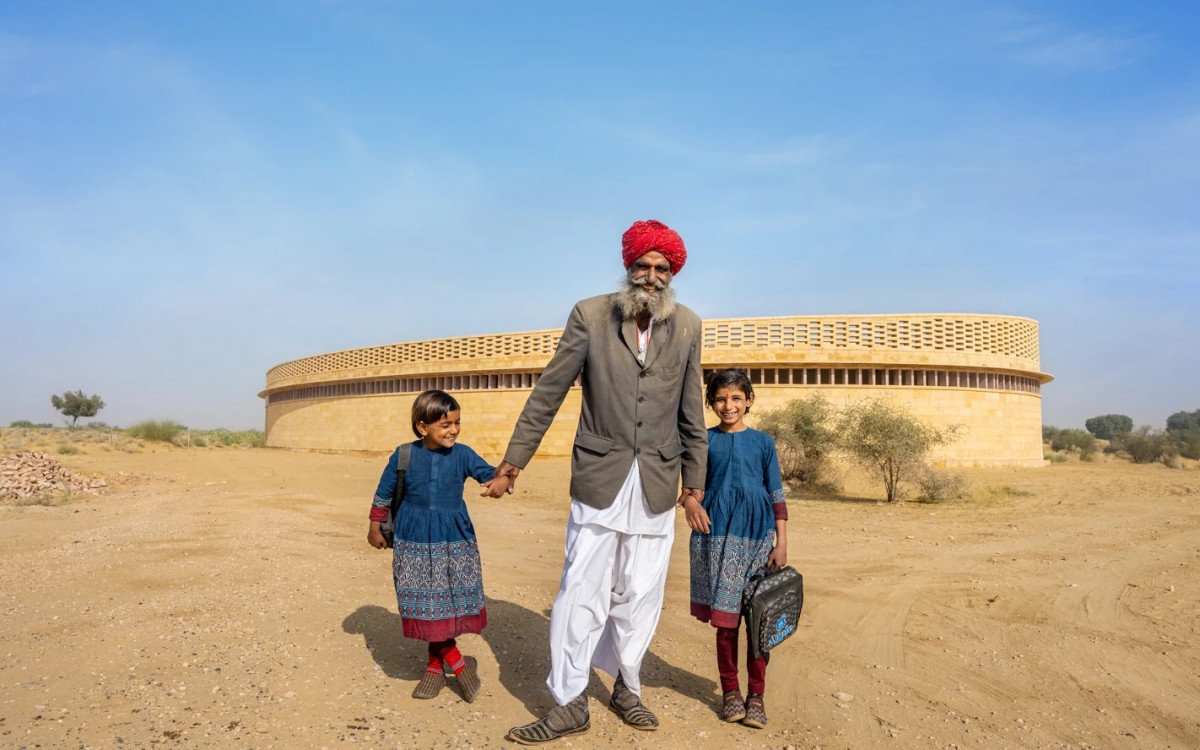 Education is for everyone, be it a city area, or a village or a distant desert location, every child has the right to get education. But girls from rural areas often lack the opportunity to attend schools and get a degree. The topography and climate of an area also play a major role in the scope of education for children. For example, it’s quite tough to build a school mainly for girls in the dessert area because of the harsh land and climate. Hence, Michael Daube, founder of CITTA, a non-profit organisation, which supports development for marginalized communities, conceptualized a project for building a school in the middle of the Thar desert in Rajasthan for girls. Here’s what you should know about it.

Their project has been completed under the name of Rajkumari Ratnavati Girls School, which will educate 400 girls from its surrounding area, starting from kindergarten to Xth grade. This school is a part of the GYAAN center, which is an initiative to empower local women with skills and education.

About the structure of the building

The structure of the school building is designed by New York-based architect Diana Kellogg and entirely built out of yellow sandstone. The building also has some hand-carved work on it which is done by the artisans of Jaisalmer because the architect wanted to incorporate local traditions into this project.

The entire building has an oval shape, which universally symbolises female strength. And it’s designed in such way that it will filter out sunlight and maximize airflow around the building. A solar canopy supplies the power for the school, and the courtyard is aimed to harvest almost 3.5 lac liters of rainwater.