The project titled, The Urban Office, is a multi-functional space, designed for business helmed by a father-son duo.
Share 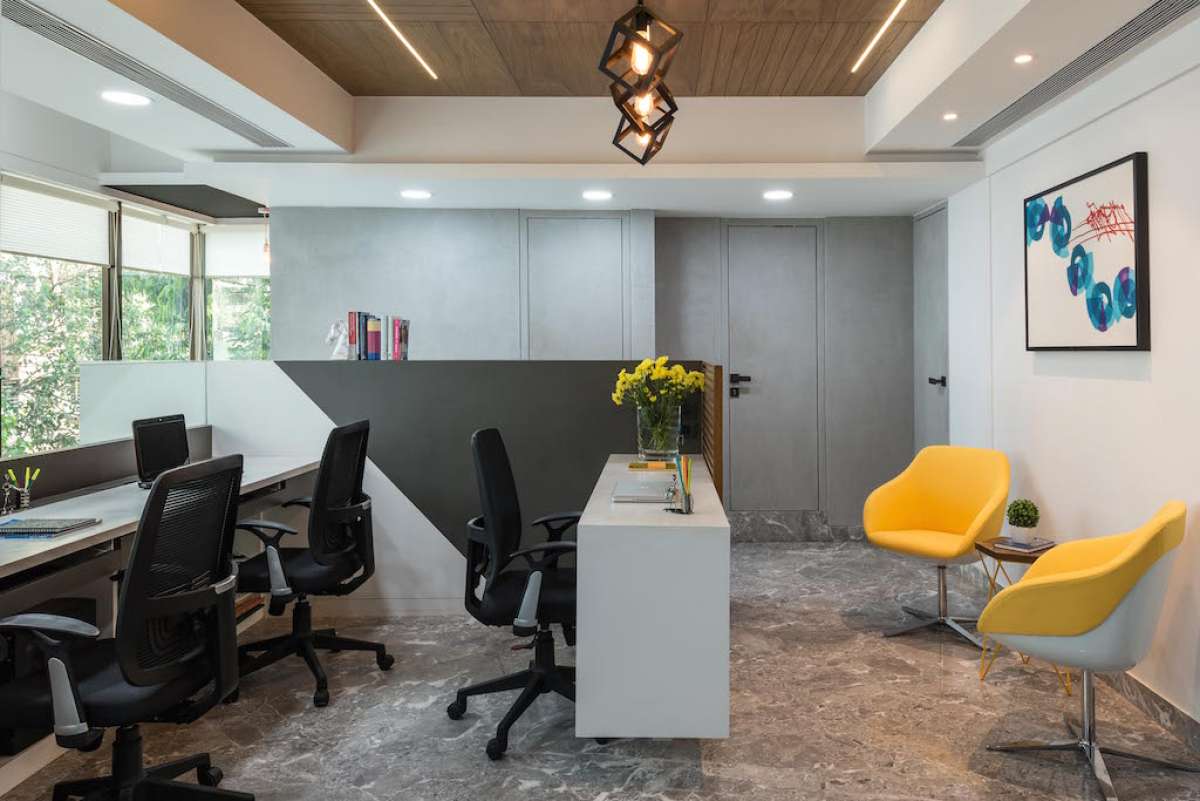 Mumbai-based The Design House Company recently shared pictures and details of a 1000 sqft project they have completed. The project titled, The Urban Office, is a multi-functional space, designed for business helmed by a father-son duo.

The Design House Company has used a monochrome colour palate through the design. The team led by Mansi Sethna Pandey sought inspiration from the art of origami while designing the space.

“We have incorporated multiple figures and lines in this space and created small pockets as per the use of the space. The space was entirely torn down and built from scratch. The bathrooms were originally in the center which was then pushed back. The multi figured lines completely turned around the old conventional layout. When stripped to bare shell, the office gave us the opportunity to play around with different colours and shapes. We created an open staff area with three cabins on the sides and a separate utility space,” Mansi said.

The two cabins were designed to give their own style. The son's cabin was designed a bit quirky with a cantilevered desk, long windows, structured ceiling and an accessory wall. The father's cabin was kept simple with a wooden wall. The original beige-brown look with vinyl flooring was broken down to give a more open and welcoming vibe. In a corner we created an informal area like a break out zone. It had a large glass window with a clear view of the outside. This space is positioned in line with the pantry and bathroom.

To create this modern minimalist office, every piece of furniture was customized.

The Design House Company is an Interior Design Studio founded by Mansi Sethna Pandey in 2010. Mansi is a graduate of the Rachana Sansad School Of Interior Design. As an interior and product designer she has worked with leading architecture firms such as Talati & Panthaky and architect Pronit Nath of Urban Studio India, to name a few, before founding her own practice.