Here is another season of Talk the Walk and Godrej Interio had a conversation with popular architect Dr Harimohan Pillai. 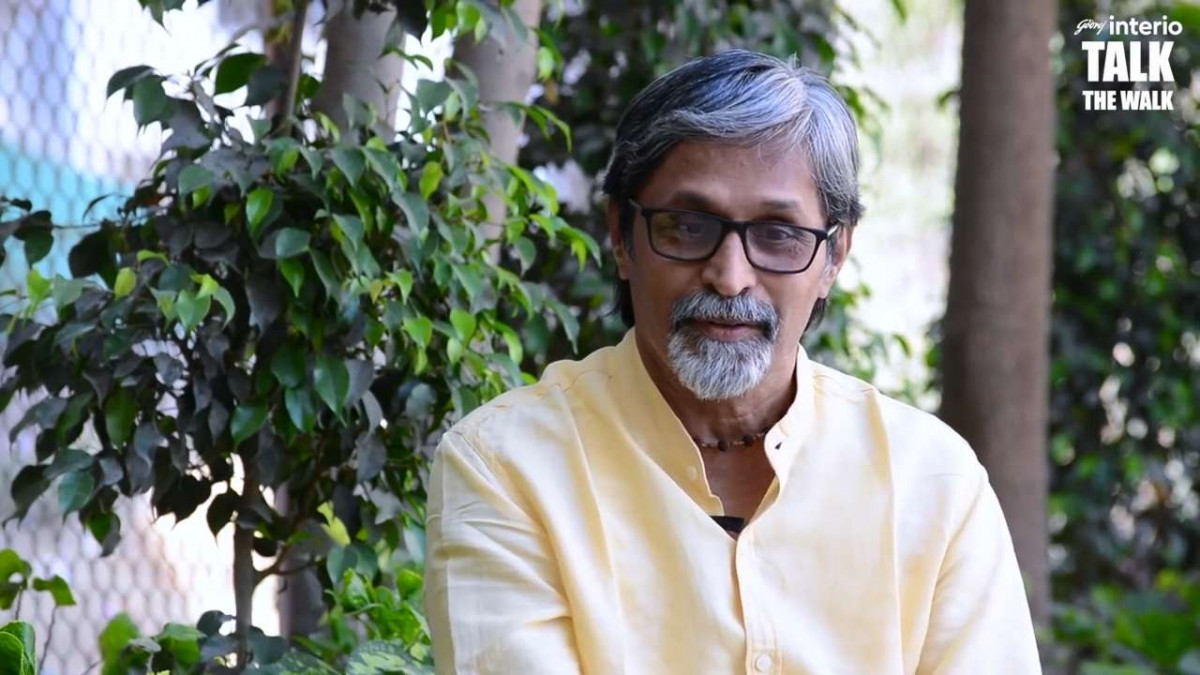 Dr Pillai considered himself an accidental architecture as he graduated in Chemistry and was working in a chemical industry but then switched to architecture. Alumni of IIT Kharagpur, Pillai has a great interest in the traditional forms of architecture. After his retirement, now Pillai runs Archi eStudio where students are given the training to become a designer. So, let’s have a look at the video.

Harimohan graduated in Chemistry and was working in a chemical industry. But then he got a chance to do his masters in IIT Kharagpur, where he was supposed to study Chemical Engineering. But he didn’t get the subject and so was asked in the interview about his capability of sketching; because that could give him the chance of studying architecture. So, he quickly opted for that thinking to switch over the department later. After one semester, he tried to shift to Chemical Engineering but his professor didn’t let him do so. So, he couldn’t move to the Chemical Engineering department and got stuck in Architecture. That’s why he often considers himself as an accidental architecture.

Next, he was asked to tell his viewpoints on the concept of “Science in Architecture”. And Pillai said that each material of a building has its physical and chemical properties. But we tend to look into its aesthetic appeal only. But there is science in each material. One simple example is how the materials can prevent heat? But we are not taught to think about the scientific side of a material and only about its visual side. It’s a kind of building science.

Is it easy to visualise a plan than to make it real? This was the next question that was asked to Dr Pillai and he said we are technologically always up to date. Now, there are different software products to make models of a building or design to check before making it in real. So, nowadays, we can definitely make what we have thought about. We can test the materials and check for their sustainability as well.

Then he talked about how much the world of architecture has changed in his 40 years of work. He said that earlier everything was very limited. We couldn’t get things easily within some days and didn’t know about the stuff which are out of our region or expertise. But now everything has been super easy. We have even brought million tons of Italian marbles to India but are not using the materials which are available in our country. We don’t care about them. We have totally stopped the research and development process with our own land. As a result, we are gradually proceeding towards having one language or one culture. There is no diversity in culture and everything seems to be very similar to each other.

On the basis of this, he was requested to give certain advice to the modern architects. And what Pillai said was extremely valid, interesting and out of the box. He said nowadays, architects never organise any festivals for common people. They never arrange for any show where the common public is invited to listen to them. Architects are only doing shows or exhibition for other architects. Whereas, they have to understand that their art is something related to society and its people. But they never get the chance of being a part of it except for buying a building. Hence, common people always believe that architects are very expensive.

Also Read | A fluid and practical apartment in Braga, Portugal

Can architects be called engineers? On being asked this question, Dr Pillai said that all architects are definitely engineers and that’s the easiest way to describe them.

Lastly, Pillai was asked to talk about his approach to any of his projects. He said that he believes the projects have to be done and the client should be happy with it. So, he doesn’t focus on making it look good, rather his aim is to make his clients happy with it.