The client gave a 45,000 square feet virgin site and a free hand to the team of Khushalani Associates under the leadership of Ar. Raijv Khushalani, in Bicholi, an upcoming exurb of Indore.
Share 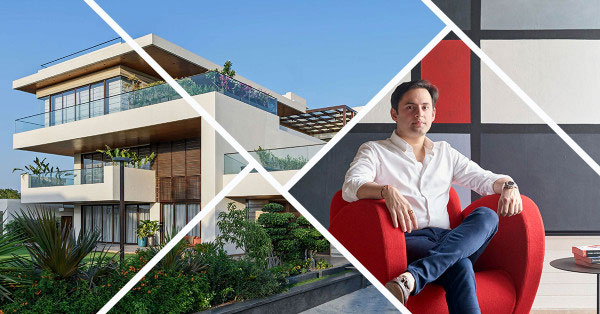 The brief was extensive – It included, nine bedrooms, fifteen bathrooms, formal and informal living and dining spaces, a gaming room, theater and lounge, a personal library, fitness center and spa salon. Besides the physical wish list, Vaastu guidelines from the client were an integral part of the brief. Vaastu dictated the following – A strict rectangular plan with a ‘Brahmasthana’ (open zone in the physical center of the house) in the center of the house and the orientation/ location of the main door, kitchen, temple and master bedroom.

We decided to keep a tight plan as opposed to spreading the built form for two reasons – we were designing for a small family of five which would live in a 28,000 square feet home, and more importantly, it also allowed generous open spaces to be planned around the house. It was mutually decided to have a ‘Ground plus Two’ house with three Master Suites, one on each floor. Every floor is almost self-contained with two guest bedrooms and a pantry on each level. The outdoor areas become an extension of the formal and informal areas within the house. Social spaces were spread out across all three floors, keeping relevant ones closer to members of the family who tend to use them the most.

Indore has a Dry climate, being essentially landlocked with a substantial distance from the sea; it faces extreme weather with the changing seasons. Simple rules were followed to manipulate the microclimate of the habitable spaces. The architecture of the house was devised in such a way that there is adequate light for the areas; in a house that has wall to wall, full height windows it becomes essential to control sunlight in a way that it is welcome and not something one struggles to shun. To address the constraints of Vaastu, we decided to play with the depths of the decks to come up with a stimulating façade. 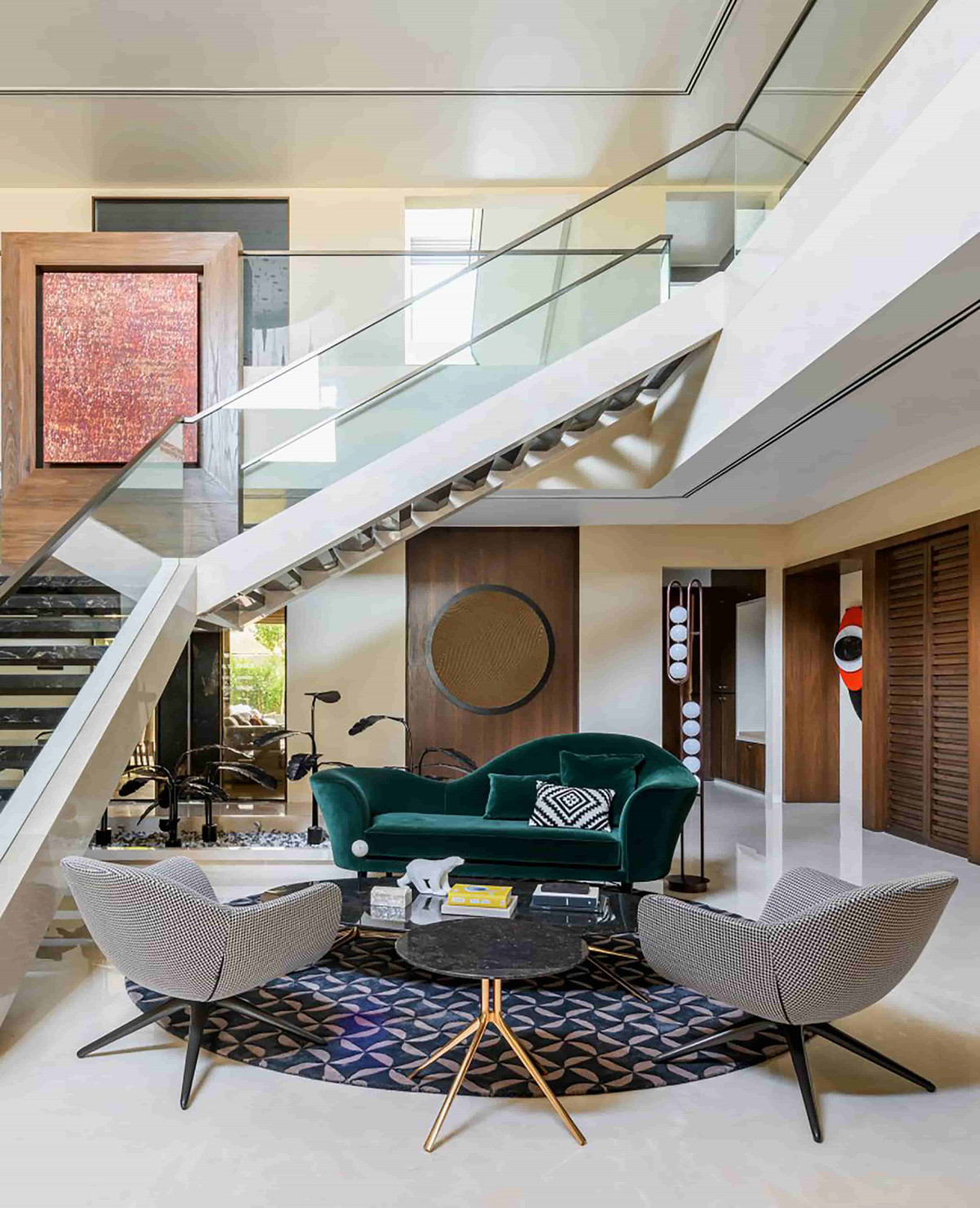 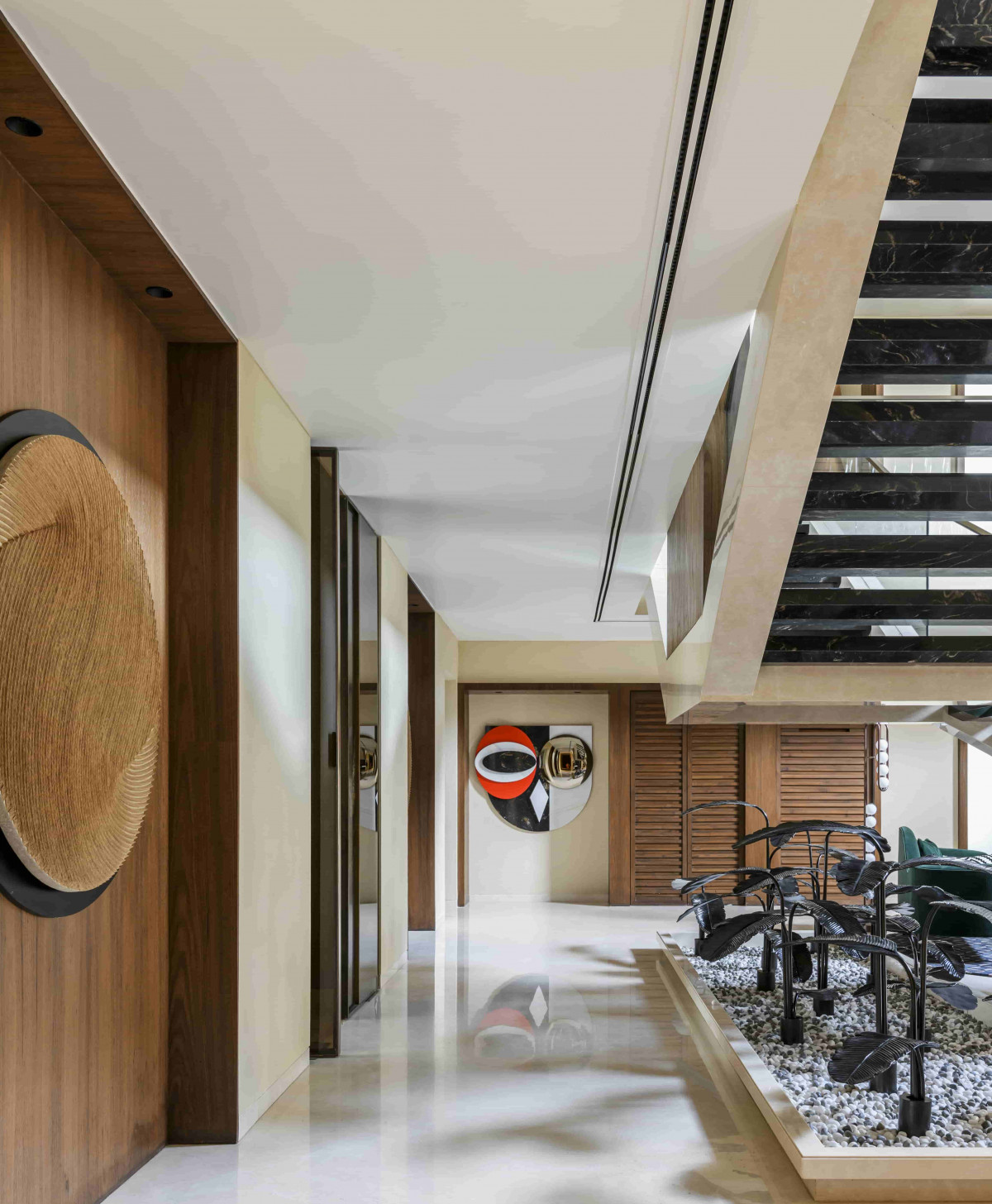 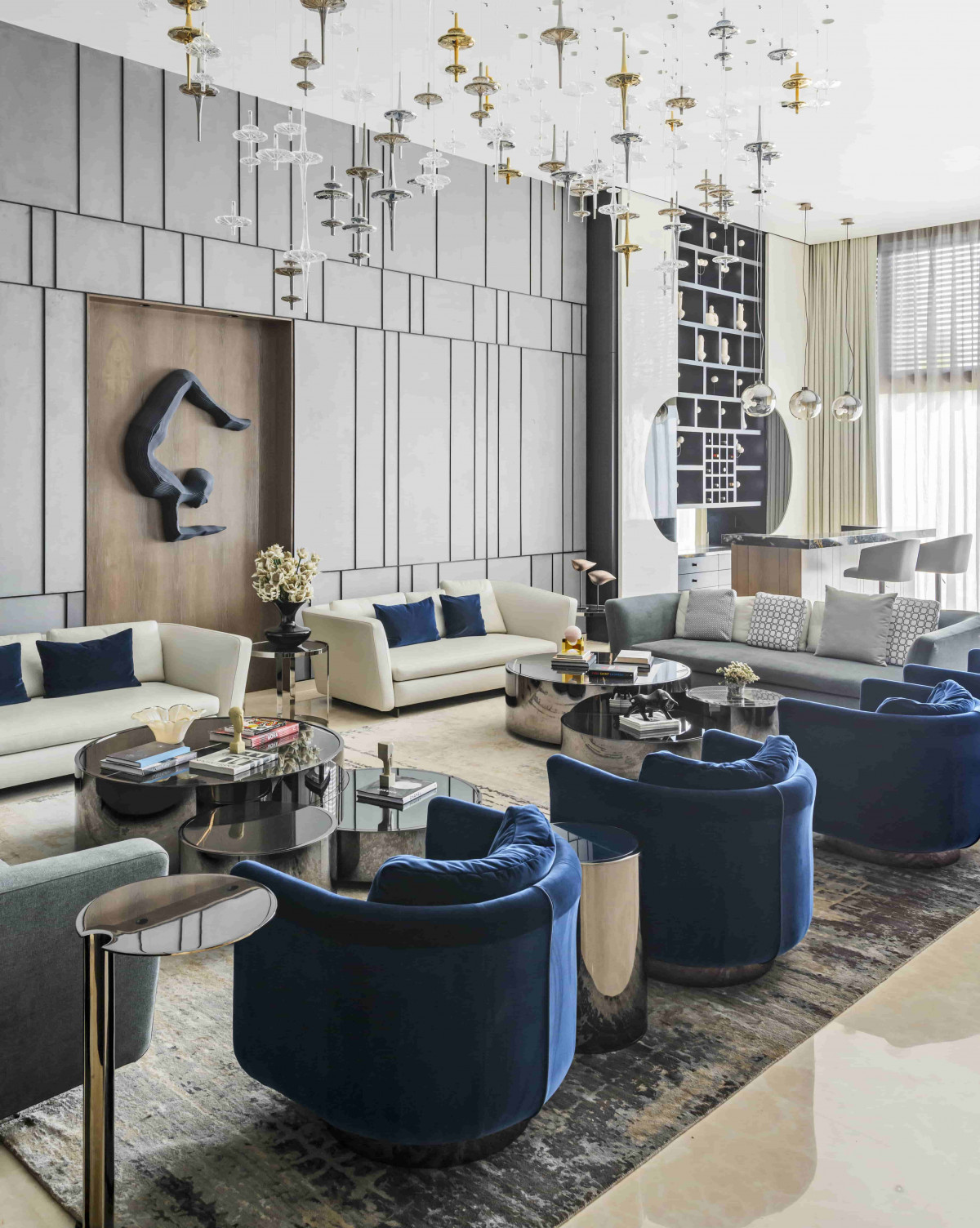 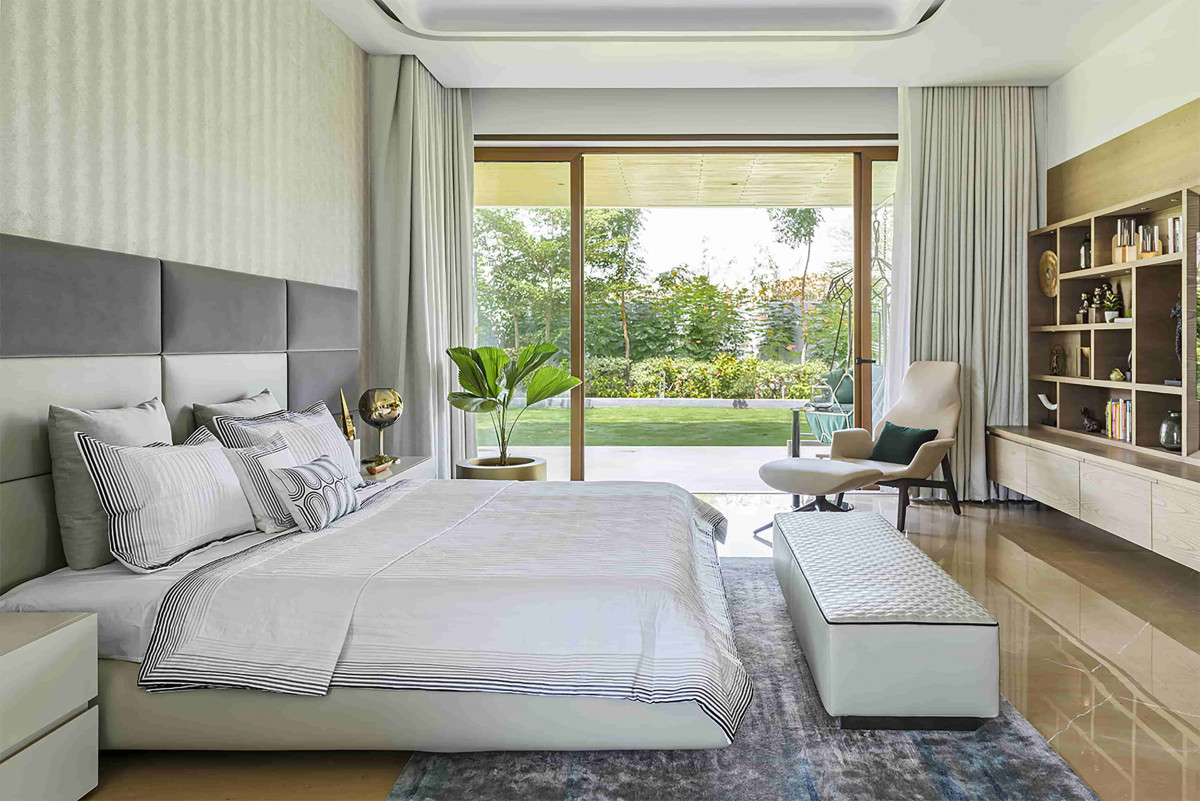 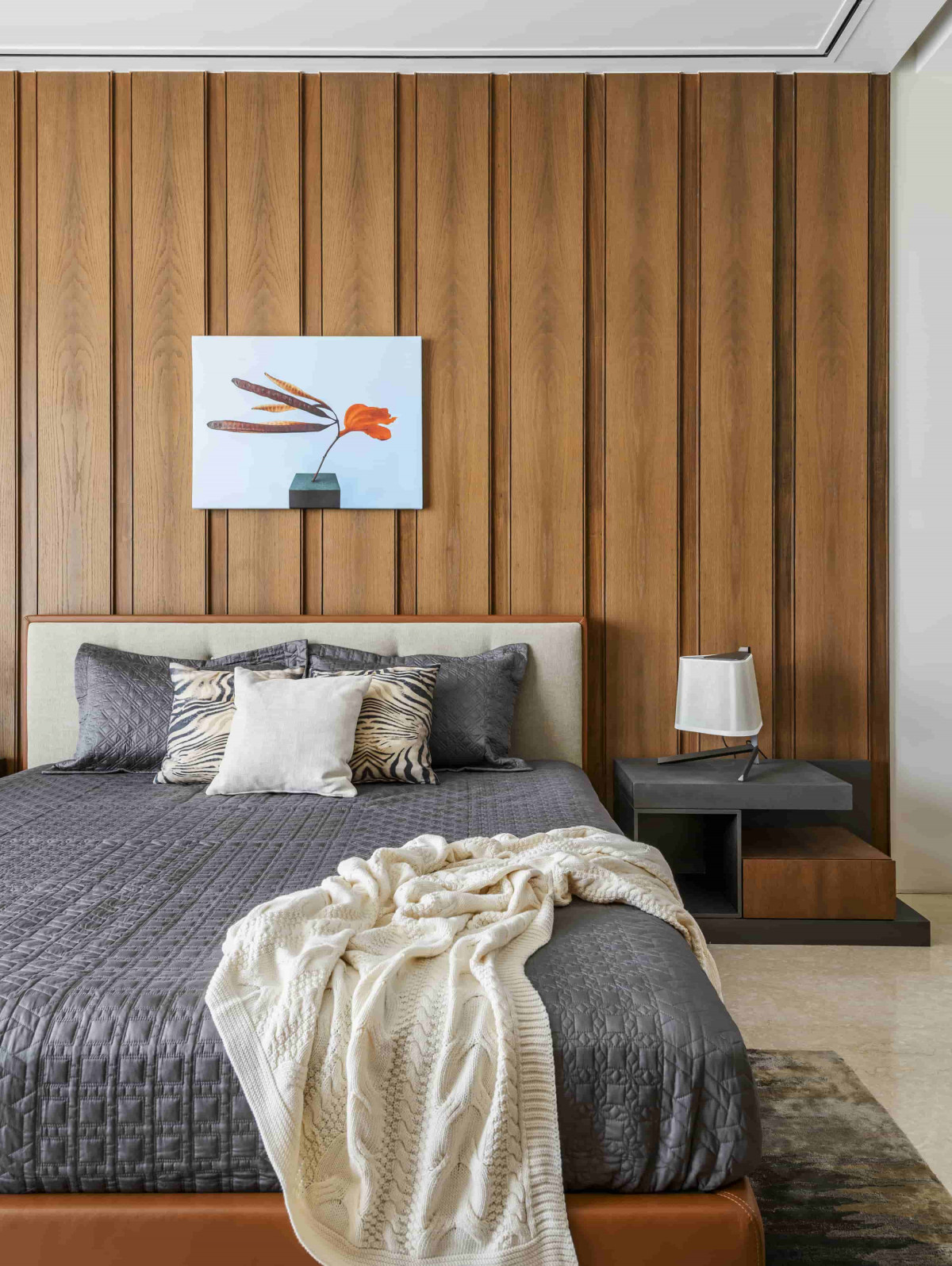 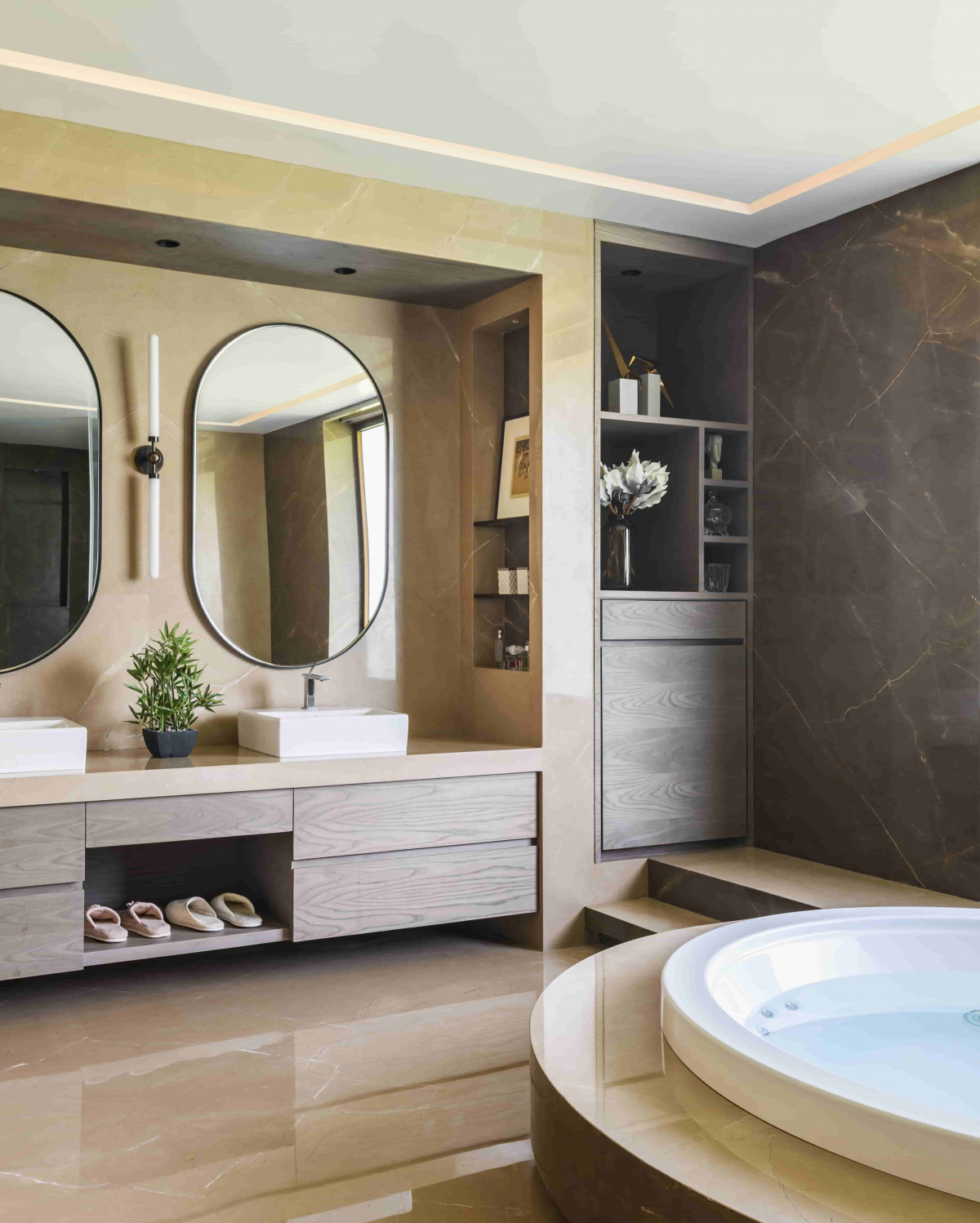 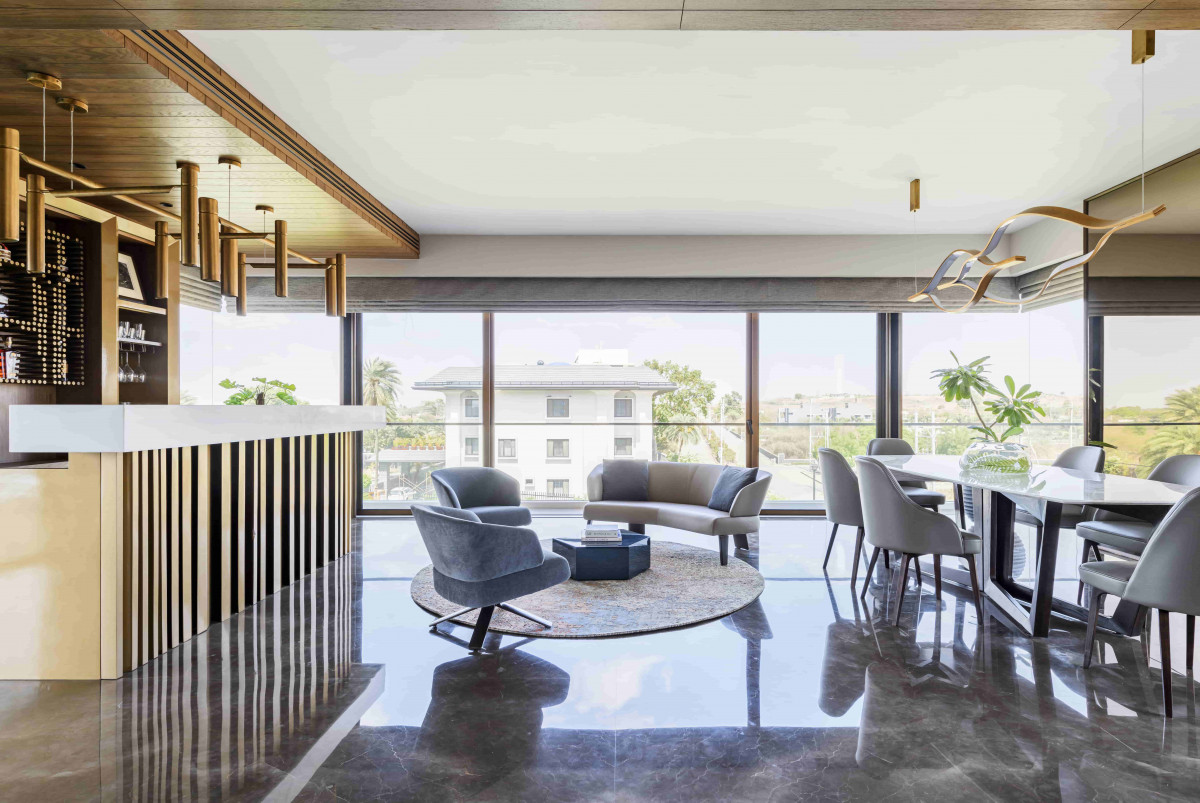 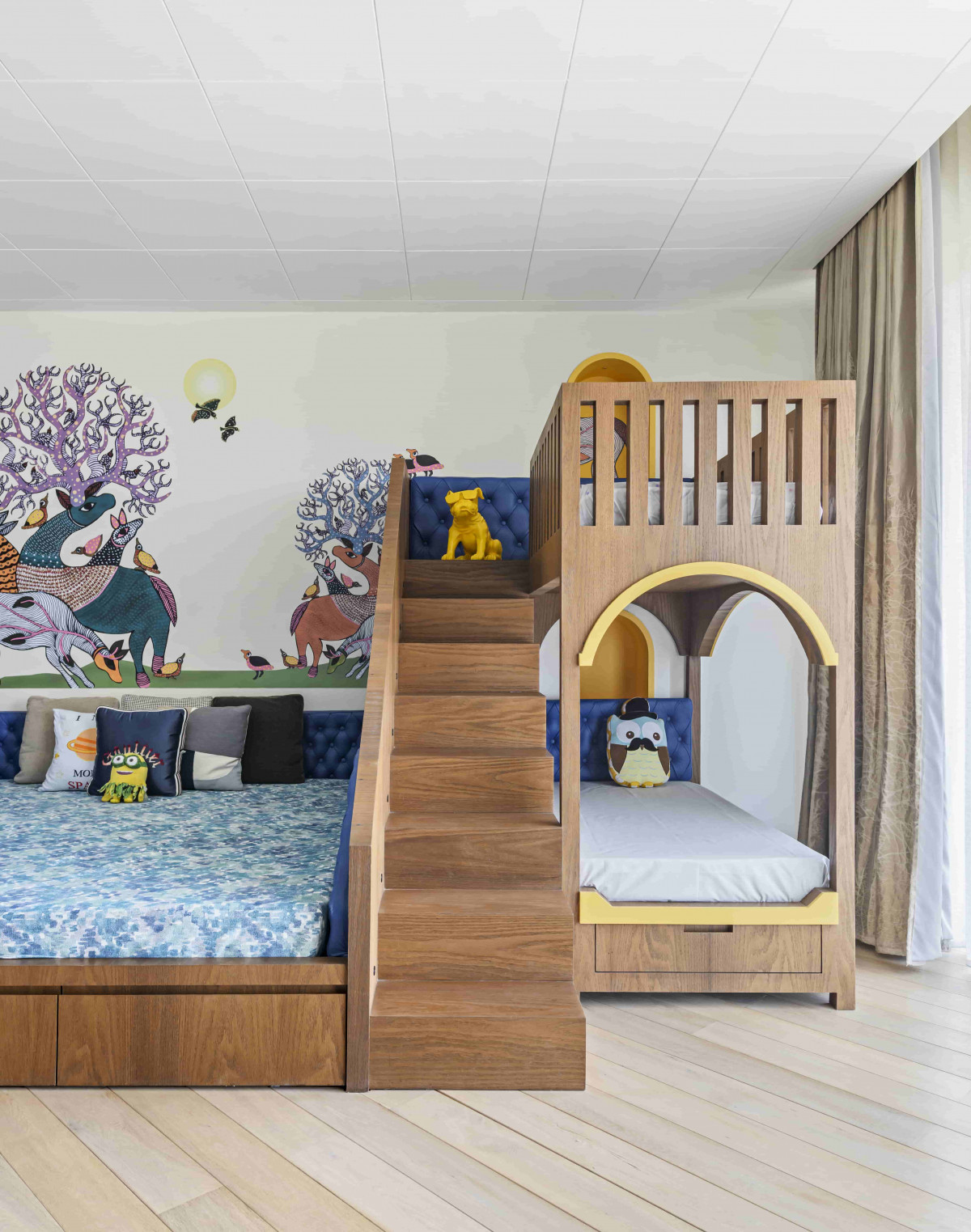 The North and East Facades of the house were more open to welcome light with large floor to ceiling openings, with deep terraces to cut any glare. The South and West facades are more closed out housing services like the lift & staircase block and store and non-habitable spaces like the Kitchen, Pantry and Bathrooms. Any rooms facing south and west had large overhanging decks and cavity walls. Terracing towards the north and the east to create a comfortable environment for the infinity pool and semi-formal seating areas around it.

The indoor and the outdoor flows seamlessly, each space has a personal balcony, which gives uninterrupted views of the lush greenery around. Family areas are adjoining larger open spaces; for example, the Family Living space (ground floor) which opens into an outdoor wooden deck with seating space, the windows of which when opened, transform the space into a single, uninterrupted space.

Similarly, the bedrooms of the master suites on all floors open into private decks with outdoor seating areas, which act akin to extensions of main enclosed space.
As a design studio, we strongly believe that two aspects should dictate the décor of each space - Its use, and the personality of its user. Each space in this house is an expression of this belief, while attempting to keep an overall stylistic coherence.

For example, the ground floor guest living, used primarily for hosting more formal get-togethers has a hint of opulence, the first floor gaming lounge used primarily by the younger son and his friends in their early twenties, has a quirky informal set-up and the family living and study is presented in a warm palette for a cozy everyday use.