Updated On : 16 Nov 2022
A multidisciplinary team was involved in rehabilitating Escadinhas Footpaths, a network of pedestrian footpaths in Matosinhos, Portugal.
Share

Escadinhas Footpaths is a project that links architecture, art and the natural world. It is a network of pedestrian footpaths linking the hilly neighbourhood of Monte Xisto to the banks of the River Leça in Matosinhos. The initiative was undertaken to demonstrate the added value that low-budget projects can bring to hidden and neglected urban spaces in our cities.

This project lasted for a year and brought together a multidisciplinary team of architects, local builders, artists, and an extensive network of partners. In the first phase of the building work, the steps leading to Rua das Escadinhas, an unusual urban device connecting the upper and lower levels of the western hill of Monte Xisto, were rehabilitated. The steps and handrail were repaired and a new boundary between the public steps and the private land adjoining them was created in the form of benches, allowing the stairs to be used as a resting place. 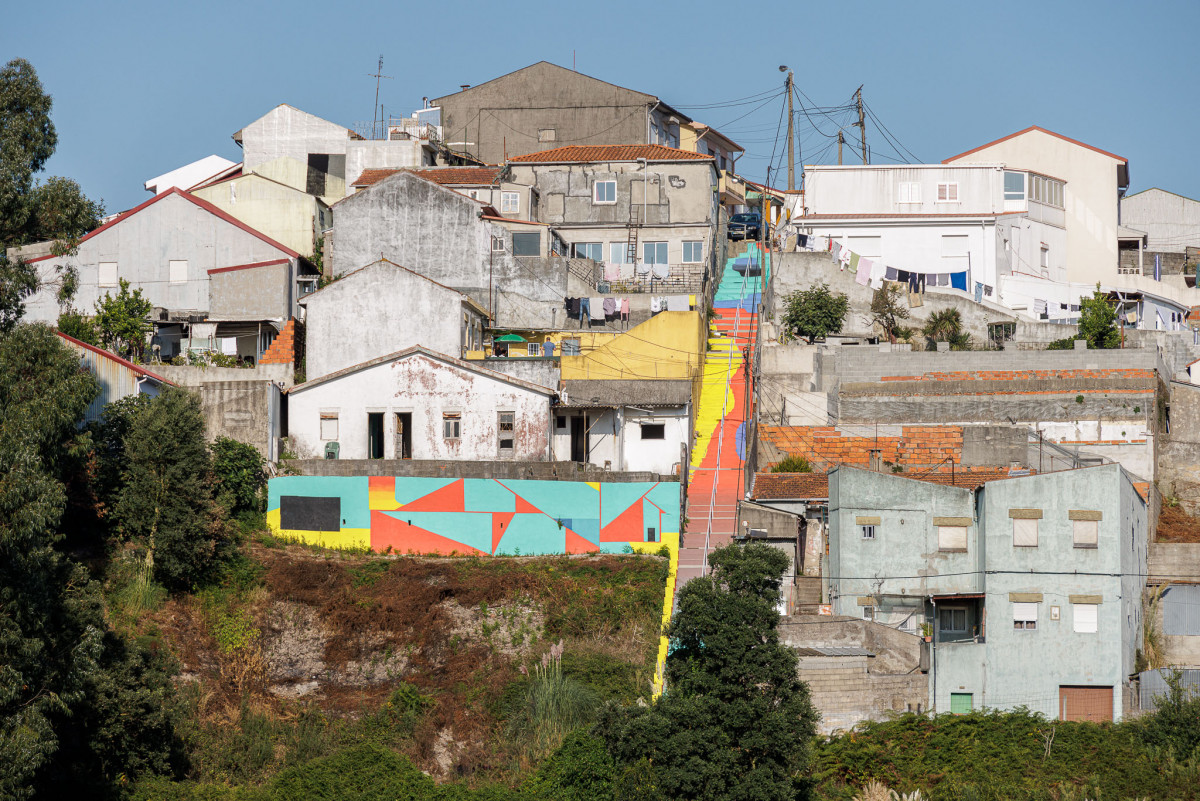 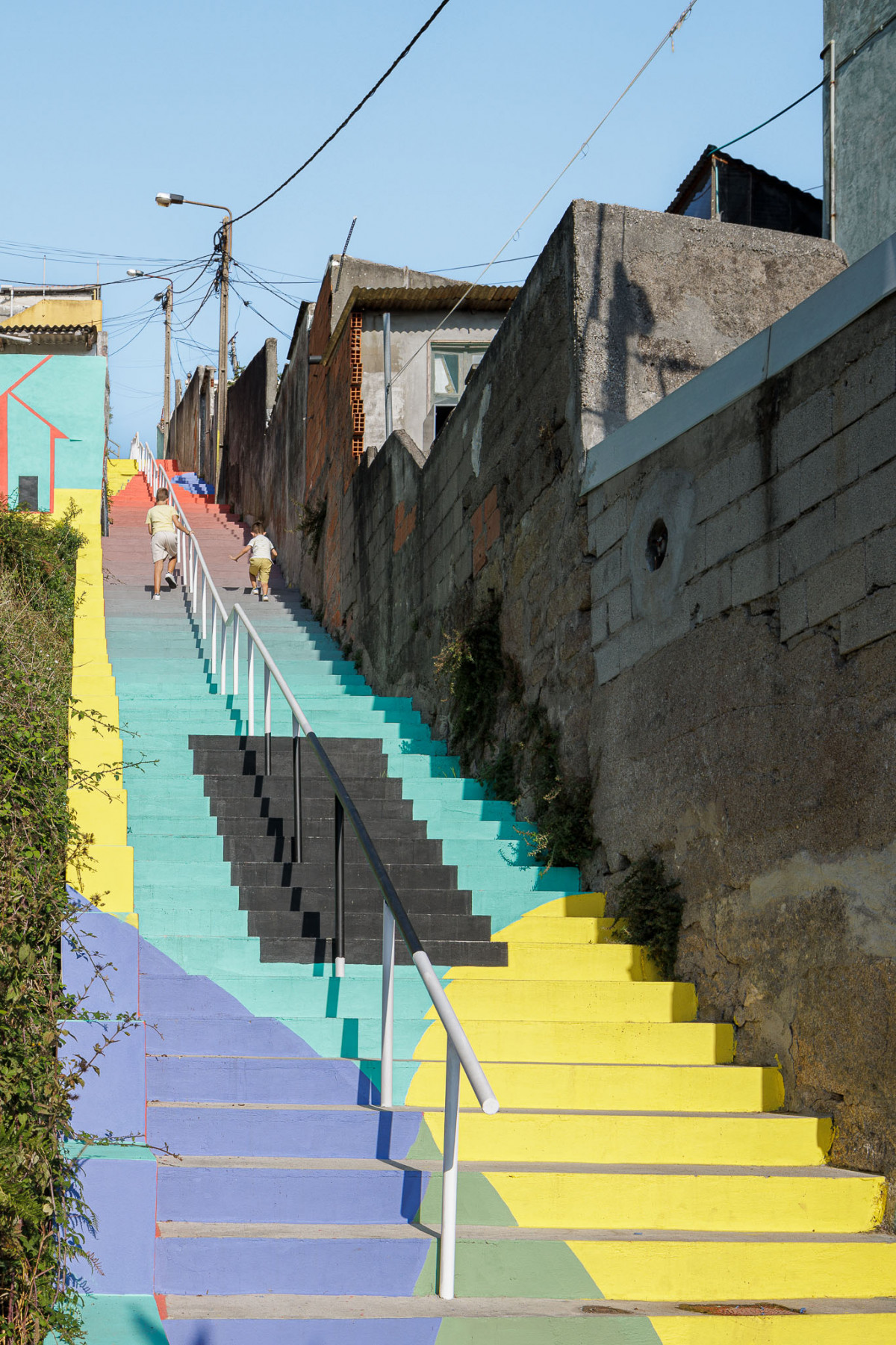 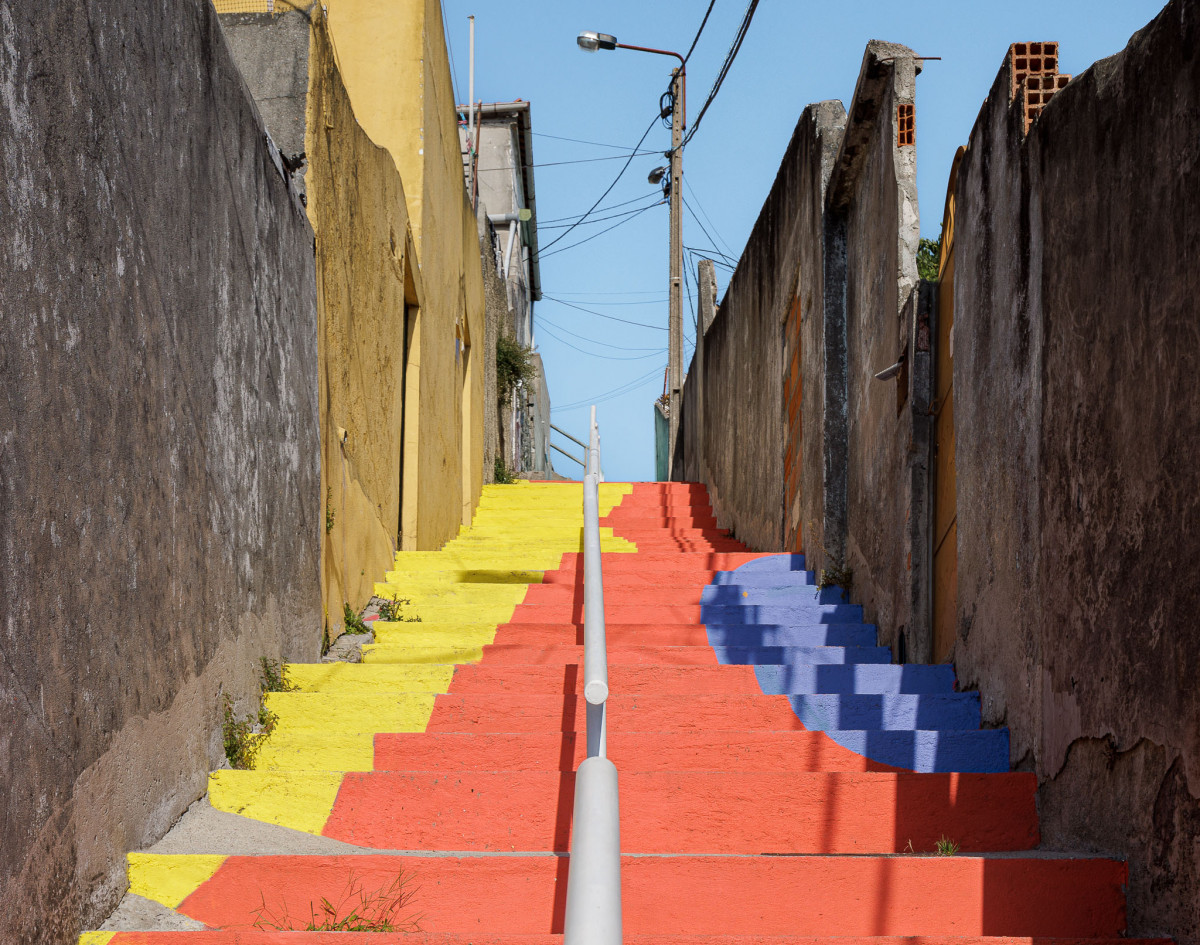 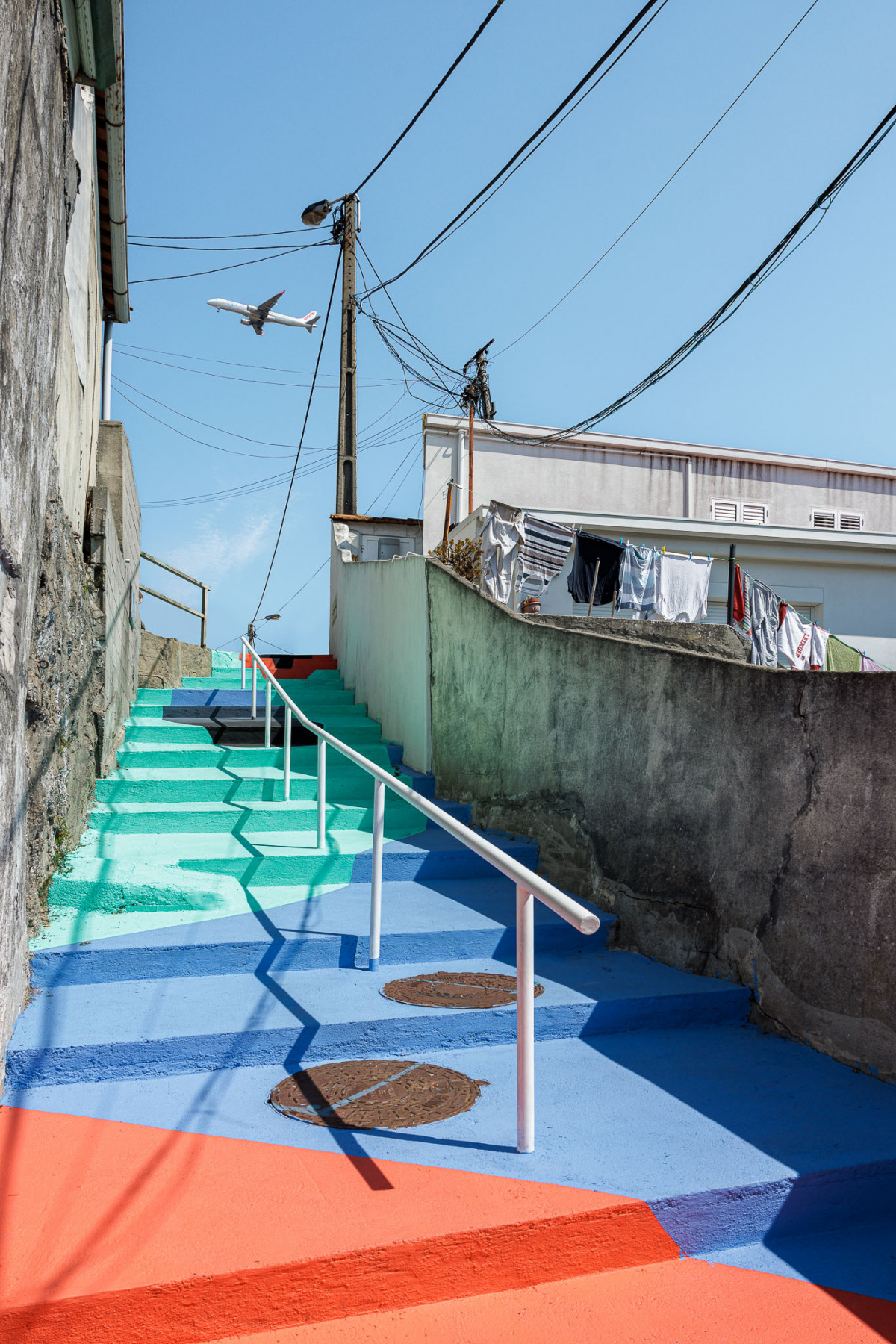 Following the path that links the foot of the steps to the River Leça, an old ruin was rebuilt and transformed into a seating area surrounded by nature. Small-scale interventions restored the site’s original character, undoing the precarious interventions carried out over the years. The meticulous rehabilitation of the site included adding benches to every room of the building, which has encouraged people to spend time there, transforming it into a social hub. 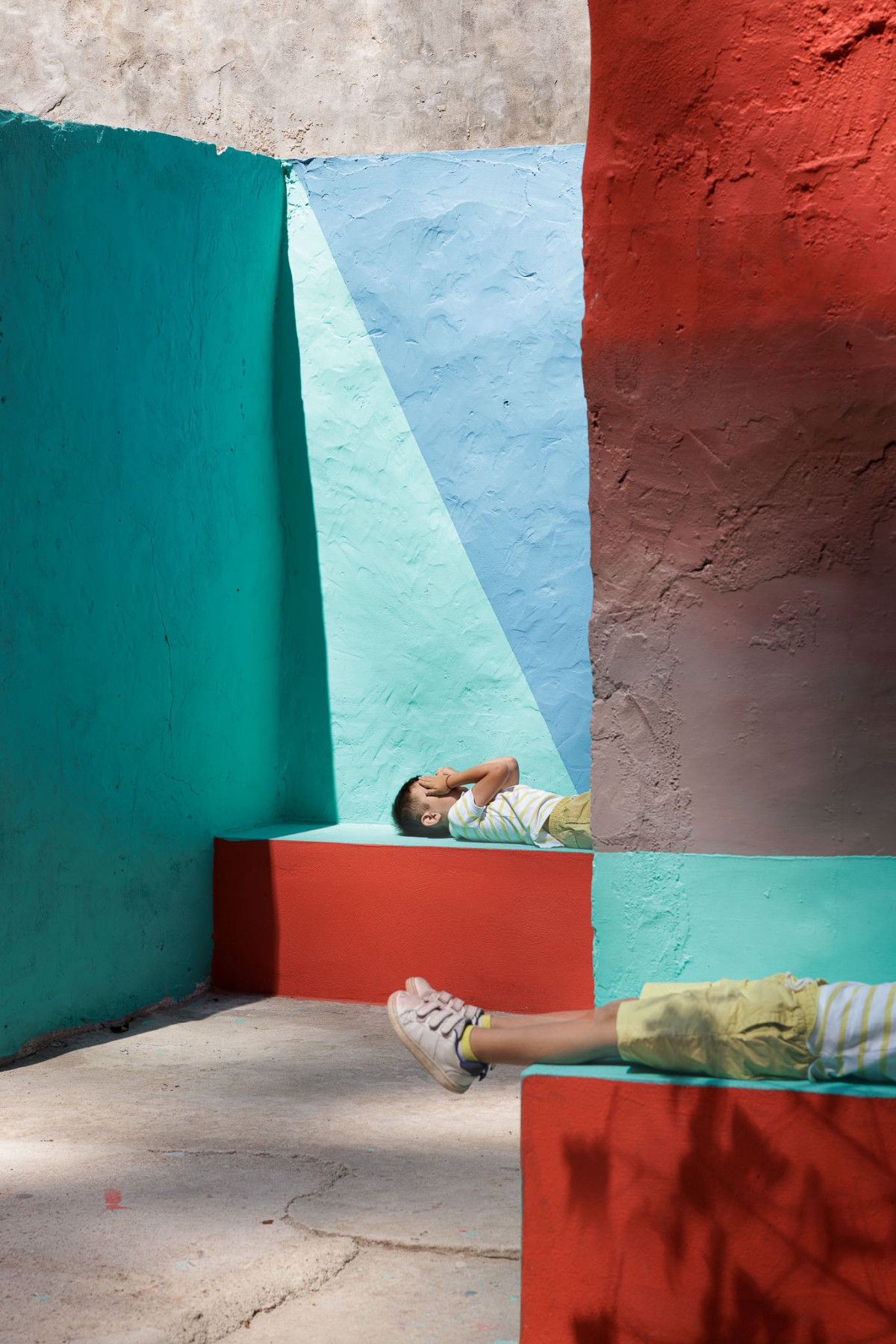 This project was promoted by INSTITUTO and designed by Paulo Moreira Architectures with Verkron, in the framework of Bairros Saudáveis’ initiative and with the support of InResidence /Ágora–Cultura e Desporto and União de Freguesias-Custóias, Leça do Balio e Guifões.

In August 2022, a workshop was organised in partnership with INSTITUTO and Fun Events / Casa dos Trilhos de Vale do Leça, which allowed for an exchange between the community and the art/architecture team. Watch the video to know more: Caminho das Escadinhas | Oficina / Workshop